Food For Life: What, And How, You Eat Can Determine Your Future Health 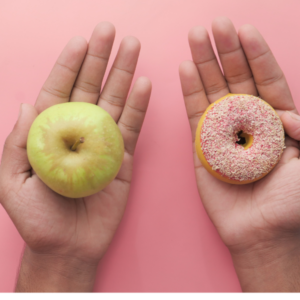 Food For Life: What, And How, You Eat Can Determine Your Future Health

With the holidays approaching, the days becoming shorter, and the weather more conducive to indoor activities, food can take on outsize importance. Thus it’s a good time to review and reinforce the notion that as you age, you are what you eat. What you eat and drink, the quantities you ingest, and how balanced your diet all plays a significant role in your physical and cognitive aging. For a good overview of the range of issues relating to what (and how) you should eat as you get on in years, grab an apple and look here.

A recent article in the Washington Post summed it up well: “It’s never too late to start undoing the damage caused by a poor diet.” We know from a vast amount of scientific evidence that the healthier you eat (incorporating fruits, vegetables, fish, legumes, whole grains, nuts, and lean proteins), the better your cardiovascular system, the lower your risk of certain cancers and the sharper your cognitive skills will remain. But we also know that so many of us have built up “bad” eating habits over the years. We were early pioneers of the processed food movement and welcomed the convenience and ease of ready-made ingredients and microwavable meal prep. But no matter your age, all is not lost if you are willing to make even small changes and stick to them. For example, the Post article recommends such easy strategies as a handful of nuts added to your daily diet (unsalted, please) and substitutions of whole grains for whites (brown versus white rice), and throwing some chickpeas into your salad or nut butter on your morning toast. Nothing difficult but nonetheless valuable in getting yourself on a better dietary path. The Post article cites a recent study reporting that a change from a “western” diet to a Mediterranean diet, even at age 60, could boost your life expectancy up to 9 additional years and that an 80-year-old could net several more years of life by switching course. For some additional guidance on healthy eating choices as you age, take a look at a new series of short educational videos from Michigan State University, or take this recent New York Times quiz on how to get the most nutrients out of your vegetables, either by cooking or eating raw.

As the holiday pies and cookies come out to tempt you, however, you may feel like, given this past year, you deserve a food treat or reward. But as comedian Drew Carey makes clear, “Eating crappy food isn’t a reward — it’s a punishment.” Several new studies underscore that highly processed food- which includes such categories as ice creams, store-bought cakes, and cookies along with processed meats and pre-packaged sauces and sodas- are not only associated with premature deaths but in many ways, their ingredients mirror the addictive qualities found in tobacco. A new study out of Brazil found that as ultra-processed foods have replaced traditional foods among the Brazilian population, there’s been more than a 10% increase in all-cause, premature, preventable deaths. Moreover, another new study published in the journal Addiction concludes that the substances in highly-processed foods have similar properties to those found in tobacco, including the triggering of cravings or urges, the compulsive connection to the substance even while knowing it’s dangerous for you, and the manipulation of your brain as a result. And this is not by chance. As one expert makes clear, “Similar to tobacco products, the food industry designs their highly processed foods to be intensely rewarding and hard to resist.” But resist you must – or at least reduce your consumption. To find out more, close the pantry door and click here.

Finally, when it comes to food and cognitive aging, there’s more research that’s recently been published. According to a new study in the journal Neurology, older adults who used government benefits to buy food appear to have slower cognitive aging than those of comparable socioeconomic status who don’t use the benefits. The research examined seniors enrolled in the SNAP program and compared them to those eligible for this food safety net but not using the program (it’s estimated that fewer than ½ of those eligible are actually using this benefit). Those not using the program experienced 1.74-2.33 more years of excess cognitive aging over a 10-year period than those enrolled in the program. Why is that? It’s hypothesized that enrollees had better nutrition overall and less stress due to food insecurity, both of which are linked to better cognitive functioning. To find out more, read here. While it’s not clear what role healthy eating has in lowering your risk or even reversing dementia, it is clear that better nutrition likely means better physical functioning, leading to stronger cognitive functioning. So as you usher in the holidays, remember to reward yourself- and your body- by eating in a healthier way if at all possible.