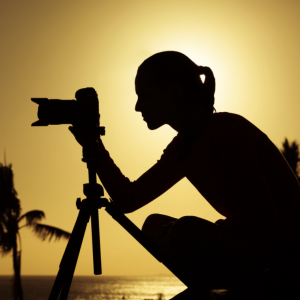 Photographer Paul Caponigro said, “It’s one thing to make a picture of what a person looks like, it’s another thing to make a portrait of who they are.” Especially when it comes to aging and identity, a good photograph can reveal not only physical changes but also the emotional journeys that accompany the aging process. Two recent photo projects do, in fact, reveal both the visual and the emotional lives of the subjects they expose.

First, there’s the astonishing body of work of photographer Nancy Floyd, whose new book of photographs, Weathering Time, is about to be published. With over 40 years of photographing herself, both alone and later with pets and family members, in various settings and circumstances, Floyd’s self-portraits reflect an uncalculated, authentic look at one woman’s aging beginning from age 25 to today (she’s now 64). Though her original aim was to observe herself aging for 20 years, the project went on much longer and took on both “an academic and (yet) deeply personal” tone. Over the 40 years of photos she’s captured family milestones (including the deaths of both parents) and has even instructed her husband to make sure to photograph her on her deathbed, should she be the first one to die.

Then there is the photo project of Australian photographer Poncho Hawkes. Entitled Flesh After 50, Hawkes set out in Australia to photograph women over 50 for a photographic illumination of aging and “to reclaim women’s bodies from shame.” Realizing that the only bodies of older women we usually see are those of beautiful movie stars and models, Hawkes was determined to find 500 women (she actually found 428) to photograph nude, with perhaps a prop or 2 and a promise of anonymity if they so desired. To her surprise, all sorts of women came forward to be photographed for a variety of reasons, and the photos reflect the humor, personality, and humanity of each subject. And they reflect what real women look like as they age, with all their cracks, crevices, and folds. What Hawkes is trying to reveal is what “normal” aging looks like and why that’s something to celebrate rather than cause shame.

Finally, along the lines of summoning the humanity of the photo subject, there’s a new AI technology available from MyHeritage.com that can “animate” a favorite photo and recreate a living sensation from the photos of long-deceased loved ones. Entitled “Deep Nostalgia,” this technology will both astonish you and perhaps give you the creeps as well. For further info, pull out your old photo album and watch here.