Expectations Versus Reality: Why Do We Feel Lonely? 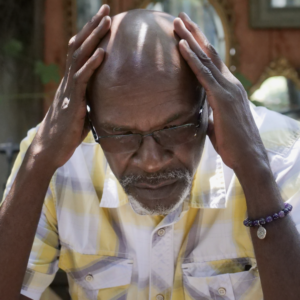 Expectations Versus Reality: Why Do We Feel Lonely?

Mother Theresa once said, “The most terrible poverty is loneliness, and the feeling of being unloved.” Those are sentiments felt by many older adults, even those who live among other groups of people. That’s because feeling lonely has little to do with being by yourself (which is more correctly described as social isolation) but rather, loneliness is a subjective feeling, one you can experience even if you live in a home with other people or in a group setting. As one researcher made clear, “People can feel lonely even if they don’t spend much time alone.”

So why is it that so many older adults feel lonely? New research out of King’s College London has a novel response to this quandary: It has to do with what these researchers call the Social Relationship Expectations Framework- that is, what do older adults expect from their relationships, and what happens when those relationships fall short of expectations? The 6 aspects of this framework that make up a satisfying relationship include intimacy and understanding, enjoyment and shared interests, receiving care and support, generativity and contribution, and finally, feeling respected and valued. In particular, feelings of being valued and respected- of mattering to someone else– along with opportunities to contribute and pass on acquired skills and wisdom are thought to be critical to ensuring older adults feel less lonely. It’s the gap between what elders hope to get out of a relationship and the reality of how that relationship exists that may be the real source of loneliness. Efforts to reduce that gap, and find ways for older adults to be valued and contribute, may go a long way toward lessening feelings of loneliness. To find out more about this research, click here.

Though loneliness reflects subjective feelings, research continues to show that loneliness can have a negative impact on your physical well-being. For example, in a recent study published in JAMA Surgery from the University of Michigan, researchers found that among 4000 Medicare recipients undergoing non-elective surgery, those who previously self-reported as being lonely (which is considered a highly accurate marker for actual loneliness) faced a higher risk of death within 30 days of the surgery than those who were not lonely. In fact, as the study reported, the odds of death increased by 76% for every incremental point increase in the self-reported loneliness score of the respondent. Already knowing that loneliness can be associated with an increased risk of such conditions as cardiovascular disease and dementia, this study underscores the impact of emotional health on physical well-being. For more on this study, read here.