At Your Own Risk: The Risks Of Surgery As An Older Patient 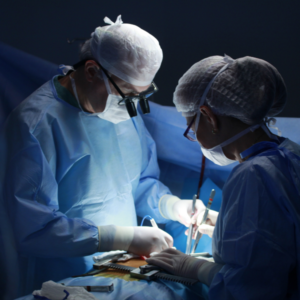 At Your Own Risk: The Risks Of Surgery As An Older Patient

While it’s old news that surgery can be a risky proposition for anyone in their later years, a new study out of Yale University published in JAMA Network Surgery makes the incidence of serious risk very clear. According to this research, which examined the post-surgery course of about 1000 older adults (average age of 79) for a year following major surgery, approximately 14% of these surgery patients died in the year after their surgery, in comparison to a mortality rate of less than 5% of comparable older adults who did not have major surgery. For surgical patients deemed frail or suffering from dementia, the post-surgery mortality rate was even higher: More than 25% of frail seniors and almost 1/3 of those with probable dementia died in the same period. Those are stark and serious numbers, one that should give pause to anyone considering major surgery later in life (to be clear, these were not elective surgeries, where the percentage of deaths is much lower). Patients who were 90 and older were six times more likely to die in that year than those ages 65-69. The types of surgeries involved in this study included such procedures as hip fracture repair, colon cancer surgery, and cardiovascular procedures, and involved the use of general anesthesia.

Given that those 65 and older account for almost 40% of all surgeries performed in the US, that suggests a lot of older adults are put at serious risk each year, and underscores the need for careful decision-making as to whether these patients have any alternative courses to surgery or can be better prepared to undergo surgery (think pre-habilitation). It’s not clear that the surgery itself was responsible for the deaths of these patients, but it likely played a role and surely the underlying condition leading to the surgery may have played a role as well. In essence, then, this raises the question as to whether the goals of surgery were accomplished for these patients, and was the risk to the patient sufficiently understood and accepted as part of the decision-making process. For more on this study and its implications, read here and here.

Even if death does not occur, there are substantial risks to older surgery patients that need to be considered and accepted before going under the knife. For example, older patients don’t heal as well and may be subject to infection, they may experience cardiac or pulmonary issues, or be susceptible to blood clotting and life-threatening embolisms. And there are always risks from both the surgery and anesthesia for confusion, memory loss, or delirium.  There is also the risk of something known as POCD: Postoperative cognitive dysfunction can last well beyond the point when anesthesia has worn off and can include such symptoms as memory and attention disruption or changes in judgment or perception. While it’s not clear what exactly causes POCD (and children can apparently also be at risk) it may be due to the anesthesia along with the body’s inflammatory response to the surgery. Estimates are that as many as 10-30% of older surgery patients can suffer these symptoms up to 6 months following surgery. To find out more about this condition and its associated symptoms, click here.