Aging Myths And Emerging Trends: What Is And Isn’t Likely To Happen? 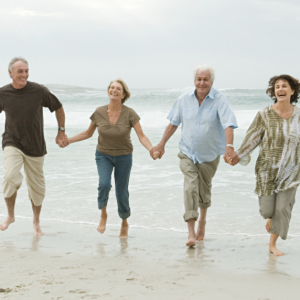 Aging Myths And Emerging Trends: What Is And Isn’t Likely To Happen?

The numbers don’t lie and they portend a phenomenon that we’ve never experienced before in human history. In less than 2 decades, the United States will join other nations around the world in encompassing a truly aging population. It’s predicted that by 2034, we will have more people over age 65 than under age 18. In fact, by 2030, the oldest millennials in our society will be turning 50! Depending upon your perspective and understanding of the aging process, that can be a scary turn of events- or it can be a new era, with new opportunities for active engagement of older adults in all aspects of life. No matter whether you see the glass half full or half empty, it’s important that you do so with a clear understanding of some basics about aging and an eye toward the trends that are on the horizon.

First, the fears: Myths about aging abound but most are outdated and based on stereotypes rather than a clear understanding of what is inevitable versus what is possible or probable. A recent post in Medical News Today addresses some of these myths head-on. So, for example, physical deterioration and cognitive decline are not inevitable and to a great degree, can be preventable or at least mitigated, with proper lifestyle behaviors. As well, the need for sleep does not diminish (though the ability to sleep through the night may) and the need for exercise, if anything, may increase, for both a healthy body and mind. The National Institute on Aging has additional myth-busting, including the misimpression that depression or loneliness are normal parts of aging or that it’s inevitable you’ll be afflicted with Alzheimer’s if a family member has previously been afflicted (remember, while the risk of dementia increases with age, the overwhelming majority of seniors have not been stricken with dementia). As well, an op-ed in The Washington Post by Professor William Mair of Harvard addresses some more recent misinformation about aging. Included in his comments are insights suggesting biological aging can be slowed (but calorie reduction has not yet been proven as a method to get there) and concern about “anti-oxidants” as a driving cause of aging are likely overblown and unfounded.

What’s not overblown are trends that project changes in society as we head toward an older population. In his new book, 2030: How Today’s Biggest Trends Will Collide and Reshape the Future of Everything, Wharton Sociology Professor Dr. Mauro Guillén makes several predictions based on developing trends he sees, especially in light of the COVID-19 pandemic. In an interview with Richard Eisenberg in Next Avenue, Guillén says those over 60 will be key players in the next 10 years, given their accumulation of wealth along with shrinking younger populations. His predictions include increased automation to support seniors in their homes,  a rise in outreach to older workers for remote, more flexible part-time jobs, and an inevitable uptick in intergenerational collaboration. He also believes older individuals will increasingly embrace “the sharing economy” (that is, we’ll own less and share more) and there will be a boom in robotic “companionship products” as a way to combat loneliness and social isolation. Finally, he advises those of us who are reaching an older age to prepare- by being open to new ways of aging and acting and by embracing technology- as it will be essential to our lives in the future. Ultimately society will have no choice but to adjust and accommodate older inhabitants- and those of us who are older will have no choice but to be open to and embrace coming changes.