A New Age: Checking Yourself And Your Environment For Ageist Attitudes 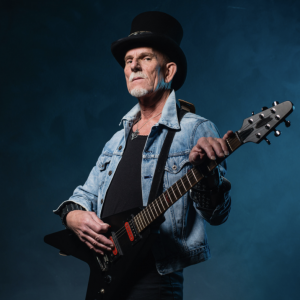 A New Age: Checking Yourself And Your Environment For Ageist Attitudes

If there’s one thing that’s come through loud and clear during the pandemic, it’s that older adults have, at best, an ambiguous place in our society. Most impulses during COVID have been to either protect or abandon older adults, neither of which is respectful toward older individuals, who are as diverse and heterogeneous as any other demographic group. In fact, older adults have been more affected by the pandemic than most, with the number of deaths experienced in older populations, the mental health consequences from social isolation, and the economic fallout from lost income and program cuts. Yet, few senior voices seem to be a part of the decision-making process. As one older adult in a long term care facility complained, “(Are).. the residents in our community, who are all elders, … consulted about decisions for the community? I think there’s been a very paternalistic attitude about whether we are capable of making decisions or the hierarchy knows better what we need.”

Ageist attitudes are not just found in long-term care facilities but are everywhere, despite the fact that most of us aspire to live into our later years. As one researcher complained, “Why do we treat so poorly members of a group we all hope to join?” Recent research out of Michigan State University investigated which countries are more ageist and which treat their older adults with more respect? Countries such as Japan, China, Brazil, and India tend to be more respectful of seniors while countries that are more individualistic and stress independence in their citizens (including the US, Germany, and Australia) tend to tolerate much more bias toward older adults. Differences even exist among individual states in the US: those in the south and northeast tend to have more age bias, and unsurprisingly, those states also tend to have worse health outcomes and life expectancies for older adults. Want to know where your state stands concerning age bias? Take a seat and read here.

And ageist attitudes are not just imposed upon you but you yourself can internalize and perpetuate them. For example, writer Steven Petrow in The Washington Post recently checked his own attitude when it comes to aging (he is 63). Realizing that “everyday ageism” has infiltrated both his vocabulary and attitudes, he’s vowed to cut out the cute jokes about aging and even own up to his age when it comes to his resume and dating profile. Writer Helen Cassidy Page (at 80) takes it a step further: she wants you to stop being “amazed” that she can walk and text (and chew gum!) all at the same time. She decries the limited expectations that we seem to have for older adults, or even for ourselves as we reach our later years. As she makes clear, “Elderly people using their bodies to do normal things shouldn’t be regarded as exceptional…The real issue is that in the process (of ageist attitudes), you limit your own expectations for yourself.”

So how do you check your own ageist attitudes while changing the attitudes of those around you? Beyond calling out and confronting examples of ageism where you see them, it may help to organize more concerted efforts. Pioneering aging advocate Ashton Applewhite, whose website Old School is a clearinghouse of info, resources, and tools to fight ageism, has a “consciousness-raising” guidebook to help you surface and address ageism as a way to change attitudes. And author Stephanie Lowery-Willson has written a book for children, entitled, Age On Together: A Children’s Book on Ageism. Given that attitudes against older adults can be set in children as young as 4, it’s never too early to make sure the next generation understands the harm that ageist attitudes can cause and the value in celebrating and befriending everyone, regardless of their age.