A Game In Hand: Do Wordle And Other Word Games Build Brain Health? 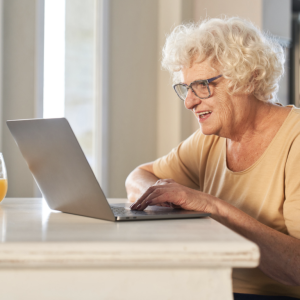 A Game In Hand: Do Wordle And Other Word Games Build Brain Health?

Have you become obsessed? Do you wake up every morning and immediately head to your computer to start playing? Well, if you’re part of the groundswell of people who are committed to playing Wordle every day, you know what the hysteria is about. Started during the pandemic as a simple word puzzle by a software engineer for his partner, Wordle is now a worldwide phenomenon that is so popular, it was just purchased from its founder by The New York Times for a 7-figure price. What makes it so enticing and addictive? It’s a once-a-day puzzle that anyone can play for free with the opportunity to share your results (without giving away clues) on social media. Everyone starts off with a level playing field of a blank grid on which you try to guess the 5-letter word of the day, and you’re given 6 tries to do so. It doesn’t require you to have a smartphone (in fact, there’s no app- just a website) and there are a multitude of strategies to help you complete the puzzle. It seems that there are now millions who can’t resist playing it each day.

But beyond the daily challenge and the social interaction generated by sharing this habit with friends and family (which are all important benefits), the question is, does engaging in this word game help build up brainpower to fight the cognitive impairment so many of us fear? There’s a lot of conflicting data (including on agebuzz) as to whether word puzzles and other “brain” games help build up brainpower and fight cognitive decline. If the game is a source of enjoyment and stimulation, the thinking by experts seems to be that by all means, go for it. There’s certainly no downside to indulging in pleasurable activities. However, if you’re hoping to improve your memory or enhance your brain capacity by playing Wordle, the evidence for that is limited at best. According to psychology professor Penny Pexman ( an expert on such games as Scrabble), there is little evidence that these sorts of games give you any brain benefits beyond becoming a better player of the specific game. As Dr. Pexman makes clear, “A Wordle habit is not likely to make you smarter or ward off brain aging, but it may give you a daily dose of complex cognition combined with social interaction- and that can be a very good thing.” Her comments are also echoed by the renowned Harvard psychologist Steven Pinker, who was recently interviewed about the brain benefits of Wordle. He tried Wordle once but vowed never to do so again, afraid that it would take away time from his work! What makes it so enticing? Pinker suggests that “it has the optimal level of reward” requiring you to concentrate but not being so difficult that you are frustrated by it. As well, there are many people who have what’s called a “need for cognition,” which means they receive a lot of pleasure just by solving puzzles for their own sake.

As for brain benefit, Pinker doesn’t see it. For example, will Wordle help you with your memory? “Sadly I doubt it. There have long been hopes that the brain is like a muscle, so that one kind of exercise strengthens it for many tasks…In reality cognitive psychologists find that you just get good in whatever game you’re doing…” However, writing in Psychology Today, Dr. Susan Krauss Whitbourne takes a more hopeful view about diving into a Wordle habit. She finds more encouragement about the potential brain benefits from some recent studies and echoes the thoughts of other experts who endorse playing any game that’s enjoyable and motivating.

If you do enjoy word games and solving puzzles, you’re definitely not alone. Just this past week was the celebration of National Puzzle Day which recognized and validated the millions of Americans who look to puzzling as a method of stress relief or brain engagement. Certainly, there are a plethora of online games and apps that are promoted as benefiting your brain. But as the experts weighed in on Wordle, here, too, there is professional skepticism of any brain power benefits (paywall). There are few scientifically rigorous studies validating the benefits- but again, if you enjoy puzzling, then by all means dive in. So, if you’re looking for additional word puzzles to keep you occupied until the next day’s Wordle puzzle appears, try the games recommended here. And if you’re looking for some good old-fashioned family fun, take a look at this list of the current best-selling board games. Finally, if you’re a sucker for a good jigsaw puzzle, then feast your eyes on this gorgeous assortment of puzzles on sale through the New York Botanical Garden.