You Must Remember This: Occasional Forgetfulness Is Normal 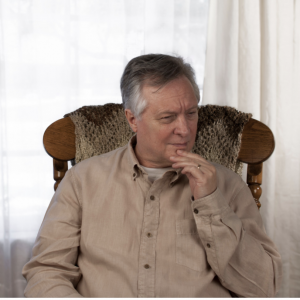 You Must Remember This: Occasional Forgetfulness Is Normal

Did you forget where you parked the car? Or did you forget that you own a car? Apparently, the difference between these two memory lapses says a lot about how concerned you should be about your occasional bouts of forgetfulness. Mild circumstances of forgetfulness, like missing an occasional bill or misplacing your keys every so often are considered perfectly normal for an aging brain. In fact, according to a National Institute of Aging resource, it’s only when occasional lapses turn into frequent and regular occurrences, or start to constrain your activities of daily living, that you should begin to investigate the reasons behind your memory lapses. 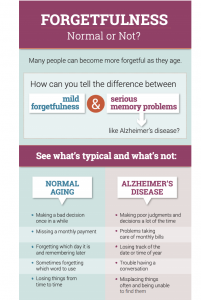 “Normal” forgetfulness, or “memory slips” can be the result of many factors, some within your control, others not. So, for example, insufficient sleep, sedating medications, or even heightened stress can all cause you to forget in your daily life. An underactive thyroid can also cause bouts of forgetfulness (and can be easily diagnosed with a blood test). As well, it’s thought that small benign leakages from the blood-brain barrier can cause normal, mild forgetfulness as you age, though scientists are now trying to determine whether such leaks could actually have a role in the development of Alzheimer’s.

To really gain a better understanding of the role “forgetting” plays in our brain aging and how we can protect our memories, you may want to take a deep dive into the new book by Lisa Genova, Remember: The Science of Memory and the Art of Forgetting.” You may recall Dr. Genova from her previously cited TED talk on Alzheimer’s and what she recommends you do to protect your brain. With this new book, she combines a scientific inquiry into why forgetting is a perfectly natural brain response- part of being a human- with practical guidance on how to improve your ability to remember, including tips for better memory in the book’s appendix. As Publisher’s Weekly stated, the book is “an easy entry point for anyone wondering how and why they keep forgetting where they left their car keys.”

Finally, speaking of those car keys, if you’re looking for practical products to help you keep track of your keys, phone, or other essential items, there are lots of new tech inventions to help you out. Savvy Senior writer Jim Miller recently described the various Bluetooth trackers you can utilize and Tom’s Guide recently compared several competing key-finding products, determining that The Chipolo One and The Tile Pro were the best all-around investments. As for lost wallets or purses, consider The Tile Slim. But whatever you do, one thing to remember: Occasional misplacements of possessions or bouts of forgetfulness are perfectly normal and nothing to worry about.