What’s For Breakfast? New Evidence In The Debate Over A Morning Meal 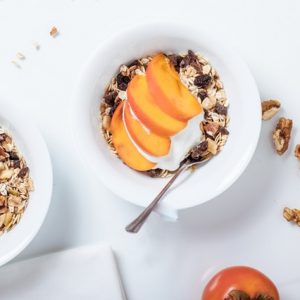 What’s For Breakfast? New Evidence In The Debate Over A Morning Meal

Some of us face this dilemma every morning: whether or not to eat breakfast and if so, what to eat? There are lots of mixed messages about whether to eat when you wake up– though less debate about whether you should stick to a “healthy” breakfast or give in to the allure of Cap’n Crunch. The evidence is pretty clear at this point that the cereal industry is largely responsible for a lot of the myths about weight loss or health benefits from eating your morning cereal. To find out how this happened, put down that spoon and watch here.

But the evidence is also becoming more clear of an association between not eating breakfast and cardiovascular health, both for those recovering from heart attacks and those who may be at risk for a fatal cardiovascular event. Recent research has found a higher risk of post-heart attack death among those who ate late dinners and then skipped breakfast. And in a new study from the American College of Cardiology, researchers from The University of Iowa found a higher risk for cardiovascular disease-related death in generally healthy people who skipped their daily breakfast. The researchers didn’t find causation between lack of breakfast and cardiovascular disease, but they think the connection is either due to body changes from skipping the meal (elevated blood pressure or exacerbated bad cholesterol, for example) or it could be a behavioral marker of a harmful lifestyle. To find out more, pick up that whole wheat toast and read here. And for further ideas on the healthiest breakfast foods (recognizing there is an ongoing debate about the health impact of eggs), spoon out some Greek yogurt and read here.