What’s Ahead: Predictions For An Aging Population In The 2020s 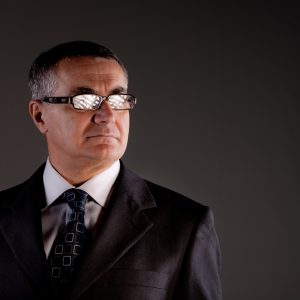 What’s Ahead: Predictions For An Aging Population In The 2020s

While no one can predict exactly what lies ahead, those in the know are using demographic data and trends to paint a rather worrisome picture for the next decade as the number of older adults rises both in the US and across the globe. According to demographer Dudley Poston, the US population is growing larger and older. In ten years, we will have almost as many people over 65 as we do under 18, and while we currently have approximately 90,000 centenarians in the US, by 2060 that number will swell to over 600,000.

These numbers will have staggering implications for individuals, families and the societal structures needed to support and service older adults. Recently, journalist Judith Graham of Kaiser Health News interviewed a range of experts about what we can expect in the decade ahead. Her findings? The experts predict crises in a number of areas, including insufficient funds, caregivers and supports to care for a larger number of older, more physically debilitated and cognitively impaired people. Moreover, even for those who age in a healthier way (and that’s likely to be the more well-to-do in society), we lack the sort of infrastructure needed to facilitate quality older lives (including sufficient and affordable housing and transportation options). While medical options may evolve to deliver more personalized and targeted treatments, growing inequality among the wealthy and those of fewer means will lead to older workers who may never be able to retire and wealthier seniors who will be able to insulate themselves from many of the burdens of aging.

Writing in Forbes, Howard Gleckman goes even further in his alarm. He sees the 2020s as a tipping point regarding elder care in the United States. With the increasingly large over-85 population (which is statistically more frail and debilitated), he believes time has run out for us to face the financial tsunami that is about to hit as long term care costs skyrocket and few of us can pay out of pocket (and Medicare is not structured to cover those costs). In essence, we have been in denial as a society that an aging population is not someone else’s dilemma- it’s a challenge for everyone. As advocate Jeff Rubin writes in a recent Next Avenue op-ed, “Aging…is not about old people. It’s about the future of all of us.”