Watch Out: Osteoporosis Awareness For Young And Old Alike 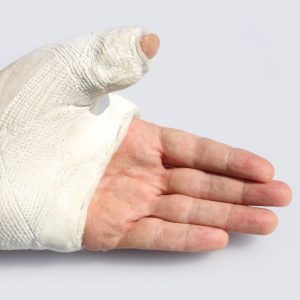 Watch Out: Osteoporosis Awareness For Young And Old Alike

The statistics are daunting. Over 10 million Americans have been diagnosed with osteoporosis and another 49 million have low bone density (osteopenia) that puts them at risk for osteoporosis. Furthermore, over the course of a lifetime, one out of two women will break a bone due to osteoporosis and one out of four men will as well. However, the disease is most often associated with post-menopausal women whose risk increases significantly when their production of estrogen decreases. It’s been estimated that 25% of women over age 65 have osteoporosis in their hips or spine.

Recent reports, however, shine a light on other populations that may be at risk and should be considered for preventative treatment. First, middle age men: New research out of the University of Mississippi found that both men and women in middle age had the same amount of osteopenia (low bone density) in their hips, which can be a precursor to osteoporosis. Thus, it’s been advised that younger men be followed for potential future osteoporosis concerns and that their dietary and exercise habits include plenty of calcium, Vitamin D and weight-bearing exercises. So grab that glass of milk and read more here.

And among women over 80 years old, there has been less focus on treating these people for osteoporosis because of their age, co-morbidities, and overall poorer prognosis. However, new research out of the University of Minnesota suggests that this growing and older patient population should definitely be advised about osteoporosis treatment options, especially given their risk for a debilitating if not fatal hip fracture. In many of these individuals, treatment may be desired and valuable. For more about this important concern, click here.