Time Of Your Life: Do Genetics Determine How Long You Will Live? 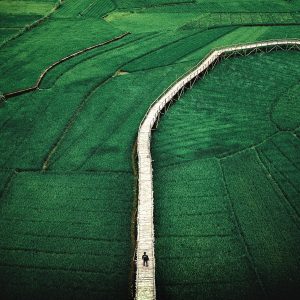 Time Of Your Life: Do Genetics Determine How Long You Will Live?

Are you expecting to lead a long life because your parents or grandparents lived well into their later years? If so, you may need to come up with another strategy: As it turns out, genetics seems to play much less of a role in longevity than most people realize.

Looking at the lifespans of almost 400 million people, scientists from Ancestry.com and Calico, Google’s Life Sciences Division, determined that DNA really only has about a 10% role in how long we live. While there is some genetic connection to lifespan, other factors seem to play a more important role, including income, diet, self-care and something called “assortive mating,” which means you tend to select a spouse or life-partner with traits similar to your own. So put down that family tree and take a deeper look at this new research here.

This does not mean, however, that genetics plays no role at all- longevity can run in families and in fact, other new research demonstrates that scientists can look at DNA to predict longevity in certain people. Identifying 21 novel genetic locations, the research team from the University of Edinburgh was able to identify the 10% of people with the most protective genes, who will live an average of 5 years longer than the least protected 10% of people. Curious about the findings? Learn more by clicking here.

The good news is that with each new generation, the average lifespan of individuals continues to expand so that chances are, you will live about 6 years longer than your grandparents did. So pull out that bucket list and take a look about increasing lifespans here.