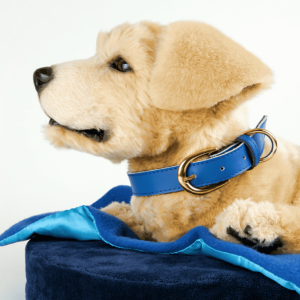 Those of us grew up during the early days of television probably remember Robby The Robot or the robot B-9 from “Lost in Space” – large, clunky machines that possessed some primitive human characteristics. But today’s robots, particularly those that mimic animals, are sophisticated machines with qualities and responses that provide life-like companionship to those who interact with them. For older individuals no longer able to care for a real pet, these 21st-century products may be the ideal substitute.

Perhaps the most interesting robot pet on the market is the Tombot, which was developed by Tom Stevens, whose mother was afflicted with Alzheimer’s and suffered enormously when she was forced to part with her dog. The Tombot dog is an innovative product developed in collaboration with the Jim Henson Creature Shop, resulting in a remarkably life-like dog that interacts with touch and voice commands. While it’s not inexpensive (retailing for about $450), that’s nothing compared to the costs involved with caring for a real dog or with the price of other robotic animals on the market (like Sony’s Aibo or the Paro therapeutic seal robot.) You can read an interview with Tombots’ Tom Stevens here. And for individuals with dementia, there are now research studies demonstrating the benefits to be gained by interacting with these “animals”, including reduced agitation, less loneliness, and increased social connections. Not to mention the pleasure and comfort derived from just touching and holding a furry friend.

And to take the technology even one step further, there’s care.coach, a digital technology company that creates animal “avatars” who engage with patients to provide support, advice and even contact with care providers, backed by 24×7 real-life health care advocates. While you can’t cuddle these animals you can converse with them and, in response, get real-time reminders and coaching about all aspects of your physical and emotional well-being, all without needing to be tech-savvy. Find out more by reading here.