Taking Its Toll: LGBTQ Seniors Feel The Burden Of A Lifetime Of Discrimination - agebuzz

Taking Its Toll: LGBTQ Seniors Feel The Burden Of A Lifetime Of Discrimination 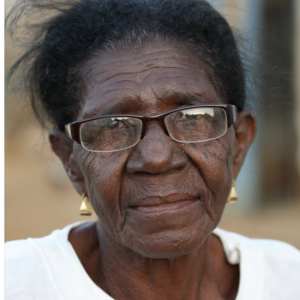 Taking Its Toll: LGBTQ Seniors Feel The Burden Of A Lifetime Of Discrimination

It’s estimated that there are over 3 million individuals in the US over age 50 who identify as LGBTQ and for the vast majority of them, the ability to live openly and without denial or discrimination has only come later in their lives, if at all. And the hurt that has come from decades of such discrimination is not without its costs to both their physical and mental health. We now have data to suggest that those who identify as LGBTQ suffer from cognitive impairment at higher rates than their heterosexual peers, a factor attributable to higher rates of depression, likely due to stressful life events. There is even data to suggest that those who live in communities with a strong anti-gay bias have shorter life spans.

A new photography exhibit mounted at a senior living facility in Brooklyn underscores the damage and yet the resilience of so many who have undergone stress and strain trying to live their lives authentically. Under the title, “Not Another Second,” this exhibit (available to view online as well as in person with an appointment) is the work of photographer Karsten Thormaehlen, who chronicles the real-world endurance, resistance, and in many cases triumphs of individuals whom society has marginalized for decades. Once it concludes in March of this year, the exhibit will travel around the country to places including Los Angeles, Napa, and Tucson.

With growing recognition of the pain and strain so many LGBTQ elders have dealt with, it’s all the more heartbreaking to realize that even now, in the midst of a pandemic that has taken the lives of so many older adults, some LGBTQ seniors still struggle with discrimination even in their final days. Recently, Colorado Public Radio profiled the struggles of LGBTQ seniors whose chosen family may not match hospital or nursing home family protocols and who may end up hiding their identities so as not to be dismissed or ignored by involved caregivers. As we’ve previously noted in agebuzz, it’s often difficult for older LGBTQ adults to find senior living arrangements that welcome and support them. Groups like the national and local chapters of SAGE work to provide culturally competent training to long term care staff to help them better understand and support LGBTQ residents. And now, some states are even moving to pass legislation to outlaw caretaker discrimination against LGBTQ seniors in housing and health care settings.

But as challenging as this issue continues to be, for some, acceptance and authenticity can bring comfort and joy, even late in life. As one example, take a look at the story of Kenneth Felts, who, at 90 years old, arrived at the decision to open up to family and friends while alone during the pandemic lockdown. With nearly 8 decades of hiding his identity and harboring regret for the loss of his one true love, Felts reflects both the sadness and yet triumph that can arise when older LGBTQ individuals are allowed to live their lives truthfully and fully. You can read about his story and life-altering revelation here.