Resilience And Resistance: Defying The Presumption Of Inevitable Mental Decline 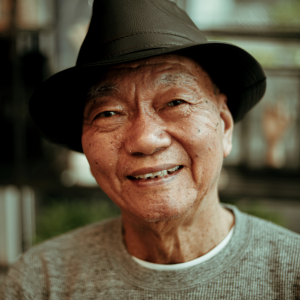 Resilience And Resistance: Defying The Presumption Of Inevitable Mental Decline

For some of us, every birthday that passes and every memory lapse instills a fear of what may come: that is, many of us worry about an inevitable slip in our mental capacity or a slide into the world of dementia. Maybe it “runs in our family” or maybe we’ve seen a friend “disappear” behind the fog of dementia. In fact, given the aging of the population and the prevalence of dementia, it’s not irrational to worry about whether this fate awaits you as you grow older.

But in recent weeks there’s been the reporting of some new studies that may bring you solace. First, research on centenarians who have remained cognitively intact and capable even at ages beyond 100 suggests that some of us have a level of resilience and resistance in our brains that allow us to remain sharp, even in the presence of the sort of amyloid plaques that correspond to Alzheimer’s. Given the projections that our centenarian population is likely to skyrocket in the coming decades, the fact that many among the “oldest old” continue to possess good cognitive health tells us that dementia and Alzheimer’s are not everyone’s fate. As Dr. Richard Isaacson, Director of the Alzheimer’s Prevention Clinic at Weill Cornell Medical Center (and lead researcher on this study) stated, “Age is the number one risk factor for Alzheimer’s but these findings show us that it’s possible for centenarians to thrive despite their advanced age.” So plan for that 100th birthday celebration and find out more here. And, as Dr. Issacson makes clear, there are a combination of factors and conditions (including lifestyle, genetics, health, and age) that can coexist and propel you either toward or away from dementia. As a refresher, take a look at some of these factors here.

For those of you already facing the dementia diagnosis of a loved one (or even your own), there’s brand new intriguing research out of Stanford that suggests a causal connection between the immune system and cognitive decline which just may point the way toward pharmaceutical solutions to “de-age” the brain and return it to more youthful functioning. In mice studies, researchers were able to examine age-related immune dysfunction to test their theory of whether chronic inflammation plays a role in age-related brain decline. When these researchers were able to suppress or block the hormone PGE2 (which negatively impacts immune cells that protect the brain and spinal cord against inflammation), they were able to reverse cognitive decline in older mice. While this research is preliminary and needs to be put to the test in human trials, lead researcher Katrin Andreasoon states, “If you adjust the immune system, you can de-age the brain.” So stay tuned and find out more here.