Process This: The Downside Of Eating Processed Food 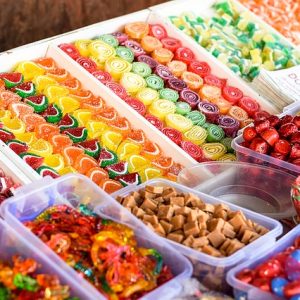 Process This: The Downside Of Eating Processed Food

You probably know how it feels: You’ve overindulged in a junk-food fest and now your stomach is waging holy war against you. Well, according to a new post in the Harvard Men’s Health Watch, your stomach may be the least of your worries. It seems that researchers have found a connection between a higher intake of ultra-processed food and a higher risk of early death. Following 45,000 people, age 45 and above, over a 9-year period, this observational study found that those who regularly indulged in the daily intake of such foods as chicken nuggets, sugary sodas and all sorts of chips and candy were statistically more likely to die early of all causes, including cancer and heart disease. And if you think you’re at least eating a decently healthy cereal at breakfast, take a look at this recent post from Popular Science that charts the healthy versus unhealthy options for your morning meal.

Now, some may protest that a new study out of Australia says the body can handle the occasional “pigging out,” with no long term health consequences. However, it’s critical to note that this Australian study did not follow older people and did not support the regular intake of junk food, only the very occasional binge for a special holiday or celebration. So that’s not an excuse to seek out the burger and fries whenever you can. And how, as a society, did we get into this mess at mealtimes? Put down the chips and find out how we became a junk-food nation here. And find some good nutritional advice on the agebuzz website’s Helpful Resources on Food and Nutrition.