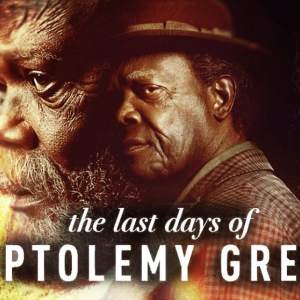 You likely know him as the bad-ass hitman in Quentin Tarantino’s Pulp Fiction or maybe from his roles in Jurassic Park or Do The Right Thing. He’s had a strong presence in the film industry for many decades and is even about to be presented with an honorary Oscar at the awards ceremony on March 27th. But what you may not know is that for the last decade, Samuel L.Jackson has tried hard to bring to the screen the Walter Mosley novel, The Last Days of Ptolemy Grey, the story of an isolated, Alzheimer’s-afflicted African American widower whose life is turned around by the arrival of a young woman who becomes his caregiver and trusted companion. It’s quite a departure from his previous roles. The book has been described as treating its main character with profound sensitivity and insight, and Jackson pushed for many years to have the screen version made to reflect the full breadth of the story, including a fantasy element concerning an experimental medication that allows for the full, but brief, return of all his memories. And now, The Last Days of Ptolemy Grey, starring Samuel L Jackson in the lead role, has premiered on Apple TV+. You can watch the trailer for this 6 episode mini-series here.

Given the previous roles in his illustrious career, some may question why Jackson was so determined to take on this role and produce this series. It turns out that Jackson’s family has a long history of Alzheimer’s. He watched as his grandfather, uncle, aunt, mother, and other family members suffered from the disease. “I watched them change, deteriorate and become different people over the years.”  He further described his drive to bring this story to life as follows: “As they passed on, I just became more determined to tell this story and get it out there. And make sure people understand that the people they love are still there, inside that person, so you can’t throw them away. You have to care for them and love them as if they’re contributing to your life.” That personal experience and drive to honor the experiences of his deceased relatives fueled his performance with authenticity and sensitivity that has been described as his “career-best performance.”

Walter Mosley also attributes the origins and impetus for this story to the experience he had with his own aging parents. He wrote the book as a celebration of his parents’ lives, both of whom were afflicted with dementia. You can watch him discuss his parents and the development of the book here. Given his own family history, Jackson has been asked if he himself fears that dementia is in his future. A long-time supporter of Alzheimer’s charities, Jackson continues to engage his mind with challenging acting roles as a way to keep his brain sharp and the risk of dementia at bay. In fact, Jackson is set to star on Broadway this year in a revival of the August Wilson play, The Piano Lesson, to be directed by his wife, the actress Latanya Richardson Jackson, in her Broadway directorial debut. She recently garnered her own acclaim in the original Broadway production of To Kill A Mockingbird.

For another review of Jackson’s “Ptolemy” performance, described as portraying “pain bone-deep and joy that feels like a glorious victory,” click here.