Move It Or Lose It: The Vital Connection Between Exercise And Brain Health 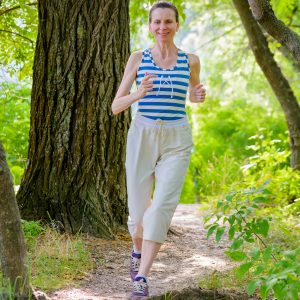 Move It Or Lose It: The Vital Connection Between Exercise And Brain Health

You’ve likely heard it many times before: Exercise is a key ingredient for healthy aging and even small amounts of movement can be critical to lowering your risk of physical ailments as well as cognitive decline. But in case you weren’t convinced by the prior evidence (or motivated to move), there’s even more new support for the concept of “move it or lose it.”

First up is the recent study published in Neurology that reports on the revitalizing effects of aerobic exercise on brain health. Participants in this research (who averaged 65.9 years old) were put on a 6-month supervised aerobic exercise intervention, beginning with 20 minutes a day/3 times/week and working their way to 40 minutes a day. The results? At the study’s conclusion participants showed increases in their executive function, processing speed, and verbal memory. In essence, with more blood pumping to regions of the brain responsible for memory and thinking, the aerobic exercise helped create “younger brains.” Also, in a new study published in Science, researchers were on the hunt for factors in the blood that are induced by exercise and appear to improve memory and other brain functions. Using mice, they discovered that if blood plasma from mice who exercised were transfused into sedentary mice, those sedentary mice would also experience enhanced brain functioning. It seems there’s a liver enzyme produced during exercise and released into the bloodstream that may be responsible for these memory improvements. And while we’re a long way from putting that enzyme into a pill and bottling it for human use, it’s one more piece of the puzzle demonstrating the benefits of exercise for more vigorous brain functioning. So put on your sweatbands and read more here.

And to help in your pursuit of more movement, take a look at the summer work-out challenge in The New York Times or, for suggestions of easy and effective home-based exercises that require no equipment, check out the recommendations (and visual illustrations) in this recent post from The Path. You might even want to take up the advice of a recent Washington Post column that suggests engaging in 3 different activities/week to keep you moving. But if you need a little more hand-holding or one-on-one motivation, you may want to check out the new app called Mighty Health, which provides personal coaching, exercise routines and nutritional advice, all from text-based messaging on your smartphone. The key benefit of this particular app? It’s specifically geared for users over age 50 so that the advice and coaching are tailored for older bodies in need of healthy aging guidance. So charge up your phone and find out more here.