Labor Of Love: A Look Into Some Long Marriages - agebuzz

Labor Of Love: A Look Into Some Long Marriages 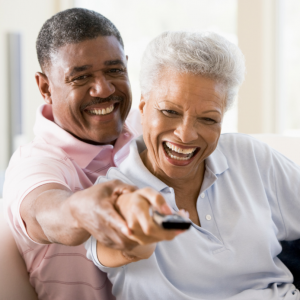 Labor Of Love: A Look Into Some Long Marriages

It was just about a year ago that agebuzz began to pay attention to the impact of the pandemic on relationships. Even in the early days of COVID, it became clear that many relationships might suffer and even fall apart, as forced togetherness and the stressors coming out of coronavirus infections began taking their toll. Now, here we are a year later, and we can confirm that divorce rates among those 50 and above continue to rise, and advice about how to cope with “relationship fatigue” is ever-present, as couples come through a year of too much time together, too much tension and growing recognition of differences that were previously hidden by daily distancing. We even have new research from Oregon State University that tells us it’s better for our long-term well-being (and presumably the health of our relationships) if we settle unresolved disputes before we go to bed each night. To find out more, settle down and read here.

Yet at the same time there’s much evidence to show that through all the ups and downs in life, there are many examples of couples who come through with love and affection, even in marriages lasting decades. For example, a new Netflix documentary by the same Korean director who previously gave us the movie My Love Don’t Cross That River has just premiered. This new documentary is called My Love: Six Stories of True Love and it tells the stories of six elderly couples, across six different countries, who have loving and thriving long-time relationships despite the vicissitudes that life has thrown at them. It’s a beautiful, moving portrait of the many ways that love can endure and relationships can blaze brightly even as life enters its later stages. To find out more and watch the trailer, grab your tissues and click here.

You may also remember that about a year ago long-time married couple Marlo Thomas and Phil Donahue published a book, What Makes A Marriage Last that contained a set of interviews of many long-married, celebrity couples. Now, one year later, they’ve developed a new podcast entitled Double Date, which allows them to continue the conversation with such couples as Viola Davis and Julius Tennon and Ray and Ann Romano, as they explore in personal detail what binds a long-married couple together and how to cope with the challenges. So listen up, as these couples share the secrets of their success. But, for those of you without a long-term partner in your life, you may be pleased to know that US News has just published the 12 Best Senior Dating Websites to Find Love in 2021. Either way, now that it’s springtime, it seems love is in the air once again.