How Long? Living To 100 And Beyond 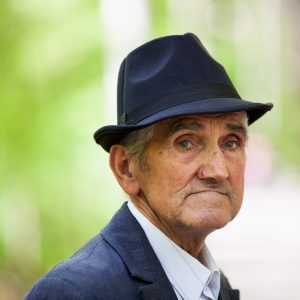 How Long? Living To 100 And Beyond

How long can humans live? It’s a question that’s engaged scientific minds for centuries, especially as earlier public health advances and now medical and technological breakthroughs continue to push the boundaries of the human lifespan. A recent piece in The Conversation noted that since the 1950s, there’s been a significant reduction in mortality at older ages and a rapid increase in our very oldest population. Around the world, life expectancy has increased by about 5 years since the year 2000.

Of course, a long lifespan doesn’t necessarily lead to a happy long life, especially if that life is beset by serious health problems or physical or emotional deterioration in the later years. A recent piece in the Wall Street Journal (paywall) outlined some of the mixed blessings that accompany a longer life. For example, a recent Harris Poll revealed that 59% of US adults believe living to 100 carries too many risks to be worthwhile, while a whopping 70% don’t want to live to 100 if they look like they’re 100. The article does profile an inspiring pair of sisters, part of the rise of centenarians in this country, who share sharp minds and an enjoyable quality of life in their retirement community. But not every centenarian lives with those sorts of benefits.

And if living to 100 is no longer remarkable, what about those who live even longer? We’ve all seen the reports of amazing “super-agers” who are publishing poetry at age 101 or becoming a park ranger at age 103. In the years to come will we see regular headlines about more remarkable seniors strutting their stuff well beyond their 100th birthday? Well, a recent piece in Vox seems to put the brakes on this runaway “supercentenarian” train. According to writer Kelsey Piper (citing research published in bioRxiv) many of the “oldest old” that have been publicized around the world, in fact, may not have reached the old age they claim. Whether due to poor memory or poor record-keeping around birth years, it seems that many if not most of the supercentenarians living in places such as Italy or Okinawa may in fact not be as old as they claim. And this leads to a further unsettling conclusion. As Piper states, “All of our research into the biomarkers, habits, and diets that predict extreme old age (are) probably worthless, because a significant share of the sample was not actually as old as we thought.” So what to takeaway? Better to focus on the life in your years than the years in your life.