Gone And Forgotten? The Challenge Of Self Neglect Among Seniors 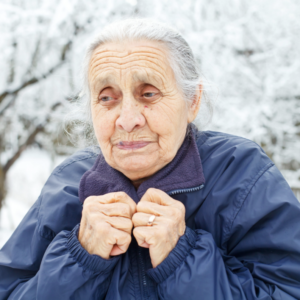 Gone And Forgotten? The Challenge Of Self Neglect Among Seniors

Over the years, we’ve addressed some of the dangers facing older adults from both physical and financial abuse. Whether from strangers scamming seniors on the internet or from familiar faces coming into the home and exploiting isolated older adults, there’s tremendous concern that even savvy older adults may fall victim to abuse, exploitation, or neglect. However, what’s not often discussed- but is, in fact, a significant problem- is when that harm befalls a senior due to his or her own actions or behaviors, rather than from other, outside forces. This condition is called “self-neglect” and it apparently accounts for the majority of abuse allegations made to adult protective agencies around the country. Furthermore, it’s a serious concern, as self-neglect is associated with increased rates of illness, hospitalization, and even premature death in older adults.

What causes self-neglect and who may be at risk? Experts suggest that seniors who have limited or no social networks may be more prone to self-neglect. Those who suffer from conditions such as depression, grief, or dementia are also more vulnerable. They may refuse offers of help because they are ashamed of their dependence and inability to care for themselves, or may worry about losing their independence. They may be in denial- or unaware- of the extent of their neglect of themselves and their surroundings. And while those living in isolation may be at most risk, there are certainly stories that describe loved ones who try to intervene or offer help but despite their best efforts, are rebuffed and rejected.

Signs of self-neglect can be overt, hidden, or more subtle. For example, if someone is outwardly unkempt, wearing inappropriate or soiled clothing, or giving off foul odors, it’s easy to discern a problem. Less visible but certainly obvious if anyone enters their living space would be signs such as hoarding, squalid and unsafe conditions, excessive numbers of animals, or lack of basic food provisions. For those living in isolation with few if any outside contacts, it’s easy to miss signs such as missed medical appointments, infected skin or skipped medications, or other intimate activities that only involved caregivers would observe.

The question then becomes what, if anything, can be done to help someone suffering from self-neglect? As Paula Span from The New York Times underscored in her article on self-neglect, there’s a difficult line to walk between allowing someone with decisional capacity to live as they want, even in squalor, versus intervening when someone does not appreciate the harm they may be causing to themselves or even to others (for example, leaving on the gas stove and creating a fire hazard). There are legal interventions that can be brought to bear in such situations- such as reporting the situation to Adult Protective Services (you can locate one of their local offices here). Such agencies may be able to intervene with case managers, home care services, or connecting the older adult to available benefits. But as Ms. Span underscores, the laws governing elder abuse vary widely from state to state, and in some states, self-neglect doesn’t even constitute a reportable situation. Moreover, state offices are often overworked, understaffed, and underfunded. There are legal proceedings such as conservatorships or guardianships, but those are likely last resorts for the most extreme cases.

Lesser steps that may also be effective? Experts suggest engaging the older adult gingerly, with friendly rather than judgmental language. Moreover, frequent visits to monitor the situation and discern further decline or deterioration may be needed if permitted. It can be a heartbreaking situation, particularly if loved ones are available and able to offer help and support but are rejected or dismissed. Sometimes more neutral third parties are able to make progress, as tensions and emotions may run high. But in the end, these situations are often problems without ready solutions. As Duke Ellington once said, “A problem is a chance for you to do your best.” And in the case of elder self-neglect, doing your best to help may unfortunately just not solve the problem.