Coffee and Caffeine: The Latest Thinking About The Benefits and Burdens 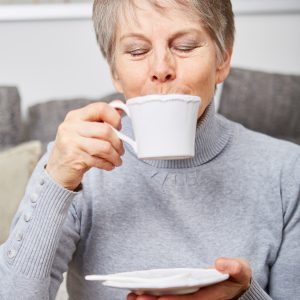 Coffee and Caffeine: The Latest Thinking About The Benefits and Burdens

For many of us, the day doesn’t (and can’t) formally begin until at least one cup of coffee has been consumed. It’s not a matter of choice or pleasure but rather a matter of survival. But every so often rumors circulate about whether coffee is healthy. The good news is that there is now, more than ever, research suggesting the positive health attributes of your daily coffee.

First up is a recent overview article from The New York Times, which asks the fundamental question, “Is Coffee Good for You?” The answer is a clear yes, but it should be consumed in “moderation” (3-5 cups a day). In fact, in recently issued dietary guidelines, coffee is considered part of a healthy diet. While there are always the risks of ingesting too much caffeine, the positive benefits of coffee seem to derive from the plant compounds (polyphenols) in coffee which have antioxidant properties. Coffee appears to have protective properties when it comes to Type 2 Diabetes, Parkinson’s and various liver conditions. And new research out of Hong Kong shows a strong association between habitual coffee consumption and the prevention of bone fractures later in life. But what about if you drink decaf rather than regular coffee- will you still derive these same benefits? According to a recent article in Women’s Health, both regular and decaf contain the antioxidant polyphenols, so you should be okay whether you want the buzz of caffeine or not.

And speaking of caffeine: journalist and food writer Michael Pollan is out with a new audiobook entitled, “Caffeine: How Caffeine Created the Modern World.” Calling it the most used drug in the world, Pollan explores the place that caffeine and coffee have played in world history. He even gave up his own coffee habit for 3 months while working on the book to feel the effects of caffeine withdrawal and see what the difference would be in his life. Want to know more? Pour yourself a cup of Joe and listen to Pollan’s interview with Fresh Air’s Terry Gross here.