Brains And Games: Expert Advice On Keeping Your Brain Sharp 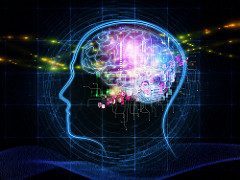 Brains And Games: Expert Advice On Keeping Your Brain Sharp

You already know how important physical exercise is for keeping your body healthy as you age. Now, a recent study published in Frontiers in Aging Neuroscience tells us that physical exercise, in combination with mental challenges, may be a valuable way to keep your brain sharp and healthy. Researchers found that in study participants who had mild cognitive impairment, combining pedaling on an exercise bike with a virtual bike path screen, or a challenging video game, produced improvements in such cognitive functions as multi-tasking and decision-making. It’s a small study but the results are promising. For more insights, read about the study at The Fisher Center For Alzheimer’s website.

And how do Alzheimer’s researchers keep their own brains sharp? According to Dr. Jessica Langbaum, Associate Director of the Alzheimer’s Prevention Initiative at the Banner Alzheimer’s Institute in Phoenix, most of us don’t need to worry about brain games as long as we keep our brains engaged in multiple activities and social interaction. Dr.Langbaum, who says “my job is my daily cognitive training,” emphasizes that focusing on puzzles or games may be too narrow a focus- it’s as though you’re physically exercising by using only one muscle. Instead, she advises that especially as you get older, keep trying new activities that stimulate you and that you enjoy. So it’s less about games and more about life. Want to know more? Listen to Dr. Langbaum in this recent NPR story here.

For more agebuzz posts and resources about brain health and cognition, Click Here.