Battle Of The Sexes: Men Versus Women When It Comes To Aging 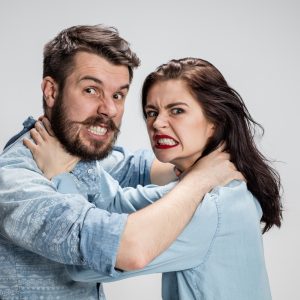 Battle Of The Sexes: Men Versus Women When It Comes To Aging

Perhaps there’s no clearer sign that you’re getting older than the face that stares back at you in the mirror. Generally, for both men and women, the image you see over the years is one that shows a flatter face, deeper lines between the nose and mouth, longer noses and ears and thinner lips, not to mention lines that appear around the eyes. So be it- we all go through this. Except now, we have new evidence that supports a cruel reality: women’s’ faces age more quickly than men’s faces, once a woman hits menopause.

Researchers from the University of Vienna report that men and women are on a similar “aging” appearance track until the age of 50, when, they found, “there is a stark and relatively sudden divergence of postmenopausal from pre-menopausal facial aging.” In fact, from the ages of 50-60, they found the aging trajectory of female faces was 3x that of men. This accelerated aging is due to loss of estrogen post-menopause, which significantly affects the collagen in a woman’s skin. So gently wipe away your tears and read more about this unfortunate finding here. And ladies, if you’re hoping that regular facials can help you avoid this fate, be careful that those facials don’t excessively tug or massage your face, as one skincare expert has suggested that may cause your face to look even older!

Finally, let’s not let the men get off too easily here. While male faces may age more slowly, there’s always concern about the potential loss of hair for men. To lighten your mood and get a few laughs, you may want to download the apps from Apptly, which not only allow you to see what you’ll look like with those added years on your face but also allow you to project a bald image on any male photo of your choosing!