At The End: The Ongoing Dilemma of Physician Aid-In-Dying 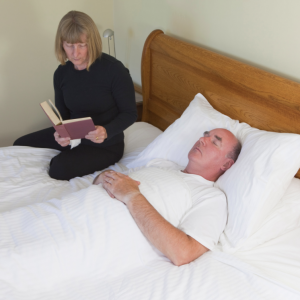 At The End: The Ongoing Dilemma of Physician Aid-In-Dying

If there’s one silver lining that may emerge from the COVID pandemic, it may be our societal recognition that death is very much a part of life, and often requires the same sort of thoughtful planning we inevitably give to other life milestones. If you’re fortunate and considerate of your loved ones, you will engage in advance care planning well before your time is up, making your wishes and preferences about treatments clear and putting in place a surrogate who can make decisions on your behalf should you be unable. And if you’re truly fortunate, your death will come at the end of a long and fulfilling life and you’ll avoid the suffering that can accompany some end-of-life scenarios.

But many of us are not so fortunate. Disease or trauma comes quickly and we have no time to plan. Or we deny our conditions and then find time has run out to develop a plan that represents what we want for ourselves or our loved ones. Or sometimes, in perhaps the most tragic situations, the disease, whether cancer or ALS or some other devastating diagnosis, eventually leaves us suffering and in a condition that feels incompatible with our own vision of a life worth living. In such cases, there comes a point at which some people would prefer to die rather than continue suffering. The question then becomes, is there a way to bring life to an end that is within the bounds of the law, puts no one else in legal jeopardy, and brings about a peaceful end to the existential suffering of the individual. Such are the questions that swirl around the concept of medical aid-in-dying and are the subject of a just-published essay by New York Times columnist Jane Brody. They are also the subject of two recent books and now a new PBS documentary. And it’s a subject fraught with controversy and moral and medical disagreement.

Currently, 9 states and the District of Columbia permit physician aid-in-dying, which, according to various legislative requirements includes the determination that an individual will die within 6 months, has decision-making capacity, is under no coercive measures when requesting medical aid-in-dying, and can self-administer a lethal dosage of medication. Even in states where the procedure is legal, controversy abounds and it’s often difficult to find physicians willing to participate or to determine how to gain access to the appropriate medications. A recent article in The Atlantic by writer Katie Engelhart, entitled, “I’m the Doctor Who is Here To Help You Die,” follows the personal journey of physician Lonny Shavelson, one of the few California physicians who was willing to help patients and families (even though California is a state where this is legal). The medical and philosophical burdens he has borne as a result of his assistance take their toll and the legal maneuvers required to meet the demands of the legislation are challenging and not always rational. In fact, Engelhart has just published a book, The Inevitable: Dispatches on the Right to Die, in which she chronicles the journey of both physicians and patients trying to navigate this ethically fraught landscape of medical aid-in-dying. You can listen to her discuss this new book in a recent interview with public radio’s Terry Gross.

In recent years, perhaps there’s been no more public an advocate for physician aid-in-dying than former NPR radio host Diane Rehm. Rehm spent many years dealing with the decline and deterioration of her husband of 54 years, John Rehm, from Parkinson’s, and the suffering he endured as his life came to an end inspired her to become an advocate for a better way of handling death. John Rehm did not live in a state where aid-in-dying was available and his life ended only when he gave up food and water and died about 2 weeks later. Rehm chronicles his death and her pursuit of more humane policies and solutions in her book When My Time Comes. And now, PBS has made a documentary that has just premiered and will be available on local PBS Stations in the coming weeks. Also entitled When My Time Comes, the film chronicles Rehm’s investigation into the right-to-die movement in the US with the hope of sparking conversation and additional legislation to support the aid-in-dying movement. For those interested, you can read an interview with Rehm about her personal experience with her husband, as well as the insights she’s gained in recent years as she deeply researched the parameters and possibilities of this profound final act.