Tried And Tested: Tests To Determine Your Alzheimer’s Risk And Reality - agebuzz

Tried And Tested: Tests To Determine Your Alzheimer’s Risk And Reality 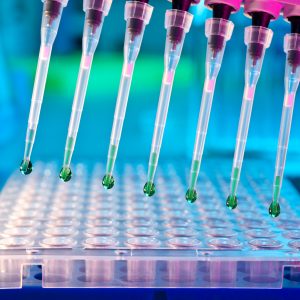 Tried And Tested: Tests To Determine Your Alzheimer’s Risk And Reality

Anyone who’s dealt with an Alzheimer’s diagnosis understands the serious implications, both for the patient and family. And while there’s no absolute test that determines if you’ll get the disease, or to confirm you already have it, the research has leapfrogged in recent years to get you pretty close. So then you face the quandary: should you be tested?

Just this past week, new research results have been announced that show several blood tests can now confirm with a reasonable degree of certainty the presence of Alzheimer’s in people with only minimal symptoms. And while these tests are not yet ready for prime time (i.e., use in routine clinical settings) they will allow individuals diagnosed in the early stages to enter clinical trials in the hope of forestalling further damage to the brain.

And what about genetic testing? Many of the commercially available genetic test kits can now provide you with a risk assessment of your chance of being diagnosed with Alzheimer’s. Everyone inherits from each parent the APOE gene. Inheriting a variant of the gene from one parent (and about 20% of us do) increases your risk of being diagnosed 3-4X. Inheriting a variant from both parents increases that risk 14X. Given that a recent poll of Americans suggests that the majority of us would want to know our risk, you would think that being genetically tested was a no-brainer- but in fact, it’s not so simple, and many entities (including the Alzheimer’s Association and the National Society of Genetic Counselors) caution against widespread testing without proper counseling. No matter what you think, it’s important to know the implications of such testing before you plow ahead. For further insights into how to approach the testing, take a listen here.

Finally, whether you’re at increased genetic risk or not, the good news seems to be that lifestyle changes can make a huge difference in lowering the likelihood that you’ll be afflicted with dementia. A recent headline in the Washington Post says it all: Doing these five things could decrease your risk of Alzheimer’s by 60 percent, new study says. And what are those five things? Diet, exercise, alcohol, cognitive engagement and smoking all play a role. And new research out of the University of Exeter confirms that even those with genetic risk can reduce their chances with these lifestyle changes. So pull out that jump rope, pile on the veggies and read more here.