Too Much: Rising Obesity Rates And Accelerated Aging 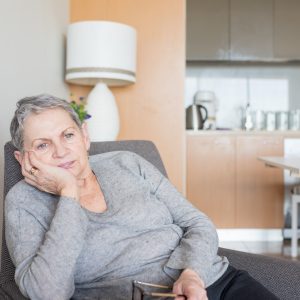 Too Much: Rising Obesity Rates And Accelerated Aging

It’s pretty common to put on a few extra pounds as we get older. But it’s one thing for your slacks to feel snug and another to gain so much weight that you put your health at risk. And that’s exactly what’s happening to almost ½ of all adults in the United States. Predictions are that one in two US adults will be obese by 2030, and ¼ of all adults will be severely obese. (Obesity is diagnosed when your body mass index (BMI) is 30 or higher.) While the excess (and excessive) bodyweight that defines obesity can be caused by a number of factors, the reality is that no matter the cause, obesity can heighten your risk of many chronic and even fatal illnesses, including diabetes, cancer and heart disease. In fact, obesity can put you at risk for early death and new research has just been published reporting that obesity seems to accelerate the aging process.

As the research team from Canada found, obesity seems to facilitate some of the same risks that accompany aging and allow chronic diseases to take hold: weakened immune systems and systemic inflammation, in addition to possible shortening of telomeres. So obesity is not merely a weight problem or a condition requiring weight loss- it’s also a major public health crisis causing many of the same health problems we already find in our aging population. As an example, researchers in Spain recently found that in older adults, significant weight gain leads to a sharp decline in lung function, beyond what is typically found in normal aging. In fact, obesity is now considered the second leading preventable cause of death, right behind smoking, with nearly 1 in 5 deaths among African American and Caucasian adults 40-85 attributable to obesity.

So what’s to be done about this growing girth problem? No doubt treating obesity is very difficult, despite the proliferation of special diets and weight loss programs. Suggestions for getting a handle on this public health crisis include better primary care screening and referral when patients show weight gain, better insurance coverage of weight loss programs and interventions and more research on alternatives to drugs causing weight gain. As well, Dr. Dana Goldman of USC recommends such innovations as loosening eligibility requirements for gastric bypass surgery and incentives for developing more anti-obesity drugs. And one more promising avenue? Ongoing research on the concept of intermittent fasting seems to show promise for a wide range of health benefits, including fighting obesity. For more on this promising research direction, push aside your plate and click here.