Tea and Memories: Checking In On Alzheimer’s Research Updates 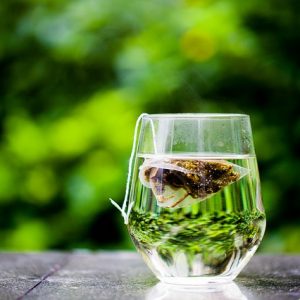 Tea and Memories: Checking In On Alzheimer’s Research Updates

If you’re sipping your cup of green tea and reflecting on some past memories, you’re probably also helping yourself in the fight against Alzheimer’s. New research has recently discovered the specific chemical element of green tea that disrupts the formation of the plaques in the brain thought to be associated with Alzheimer’s. So take a sip, carry on, and read more about the benefits of green tea Here. But if you’re having trouble with some of those memories, then it may be time to check in with your physician. While not all memory loss inevitably leads to Alzheimer’s or dementia, memory loss is also not just a common symptom of “aging.” A recent study published in the Journal of Clinical Psychology from the Center for Addiction and Mental Health in Canada found that those of us who are unaware of our memory loss problems were more likely to be subsequently diagnosed with Alzheimer’s. Apparently, not realizing your memory deficits is a telltale marker for Alzheimer’s. The message here? Don’t assume the worst, but don’t ignore the symptoms.