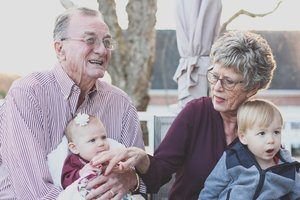 We all know that our voices tend to go high and our language becomes “sing-songy” when we talk to babies. But did you know that a similar behavior often happens when we speak to seniors, especially those who are cognitively impaired? Such language is known as “elderspeak,” which includes slow and louder speech patterns, simplistic words and often exaggerated intonation. What you may not know is such a way of speaking can in fact have a detrimental effect on the senior to whom you’re talking. New research published in The Gerontologist reports that seniors who are spoken to in this manner are less likely to comply with requests. While such a way of talking may be motivated by a caring attitude, it in fact sends the message to the recipient that she is no longer competent or respected. Read more about this line of research Here and see the actual published study Here.