Step To It: Inactivity Can Lead To Diabetes 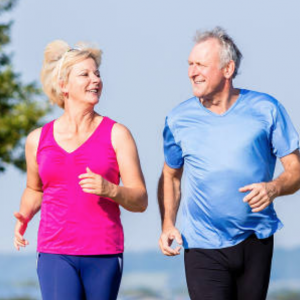 Step To It: Inactivity Can Lead To Diabetes

Do you know what it means to be considered “inactive”? If you take less than 1000 steps a day, you would likely be classified as “inactive.” And even if you don’t wear a pedometer, you can probably guess if you fall (or sit) into this category. If so, not only are the calories likely adding up but so too is your risk for triggering diabetes.

Right now over 84 million adults in the US are considered to be pre-diabetic which means you are at risk of developing full-blown Type 2 diabetes. Researchers at McMaster University in Ontario studied whether 2 weeks of physical activity could trigger diabetes in seniors already known to be pre-diabetic. Their results, published in The Journals of Gerontology, demonstrated that even after a few days of inactivity, muscle mass and strength began to decrease in study participants and there were signs of insulin resistance. And even after study participants returned to their normal levels of activity, the harmful effects of inactivity did not disappear.

The conclusion? We know that exercise is generally good for healthy aging, and important for diabetes control as well. What we also now know is that inactivity can be harmful, especially if you are on the cusp of becoming diabetic. Given the serious problems that can arise when someone becomes diabetic, including the worsening of cognitive functions as you age, it’s critical that if you are diabetic, or pre-diabetic, you need to exercise. So while you consult your doctor, also crank up your movement and Read Here.