Solitary Seniors: Updates On Loneliness And Social Isolation Among Seniors 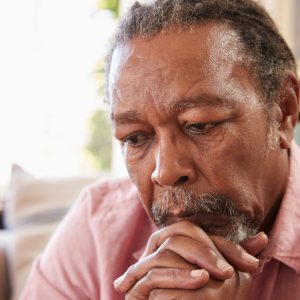 Solitary Seniors: Updates On Loneliness And Social Isolation Among Seniors

It’s no mystery that loneliness and social isolation can accompany aging. Previous posts in agebuzz have noted the value of friendships and even pets to help older adults battle the loneliness and isolation that can arise if your social contacts are few, your senses are diminished, your mobility is limited or your life partner has passed away. There’s even evidence connecting such aging maladies as heart disease, depression and high blood pressure with persistent loneliness. Public health officials consider loneliness among both young and old in our country to be at epidemic proportions. With a growing older population characterized by higher rates of divorce, fewer children and longer life spans, efforts to combat loneliness and isolation, especially among seniors, certainly have an uphill battle.

Examining social isolation among seniors, researchers from the London School of Economics recently focused on the connection between social isolation and memory loss. Publishing their findings in the Journals of Gerontology, the researchers made what appears to be an interesting and valuable finding. Noting gender differences in the connection between isolation and memory loss, the study concludes that social isolation seems to precede memory loss in older adults, rather than be caused by memory loss. The good news here seems to be that if social connections can be amplified or enhanced, it may be possible to prevent or slow down memory decline among older individuals. Find out more about this study by reading here.

So how can social isolation and loneliness among the aging be addressed? A number of communities around the country have developed programs, including many that create intergenerational opportunities for social contact. Technology may be another tool to facilitate social engagement, though as journalist and Harvard Professor Arthur Brooks warns, technology may also be a trap leading us into isolation and loneliness, especially among younger people. He urges us to make a point of speaking with a stranger these days, and perhaps that stranger can even be an older person who appears to be alone and lonely. Along the same lines, there’s a movement afoot around the country called Sidewalk Talk to encourage people to pull up a chair and listen to strangers tell their stories or just converse with each other.

Finally, let’s not forget the value of friendships for older adults, and really, for people of all ages. Calling friendships “life’s fundamental bond,” science journalist Lydia Wentworth has just published a highly acclaimed book entitled, Friendships: The Evolution, Biology and Extraordinary Power of Life’s Fundamental Bond, underscoring the importance of friendships in human history and throughout the life cycle.