Screen Time: Were Your Screened For Dementia During Your Latest Check-Up? 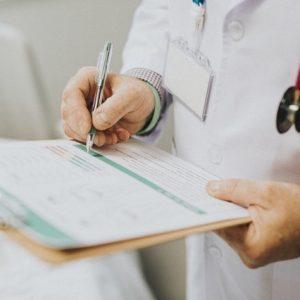 Screen Time: Were Your Screened For Dementia During Your Latest Check-Up?

Those of you who have Medicare Part B may not realize it, but you’re eligible for an annual wellness visit specifically aimed at a health risk assessment. It’s a good opportunity to review your current health and screen for potential problems that could be avoided or addressed with further follow-up. In essence, it’s a good time to take stock of how you’re doing and to ensure you’re on track for healthy aging. For a specific review of what can and should be screened for, take out your clipboard and read here.

Apparently, however, not enough physicians and patients are using this opportunity to screen for cognitive impairment. A new survey from the Alzheimer’s Association makes the problem clear: Even though it’s estimated that the number of Alzheimer’s cases may double by the year 2050, only 16% of polled Medicare recipients said they receive a cognitive assessment during their annual wellness visit. As Keith Fargo from the Alzheimer’s Association, stated, “You can think of it as the most important test you’re not getting.”

Why is there such a disconnect between the need to screen for cognitive impairment and the lack of assessments being done? To be sure, the annual Medicare wellness visit covers a lot of ground in one visit, so it’s possible physicians are focusing only on urgent problems or in response to clear concerns. It could also be that they feel there’s little to offer in terms of help should an assessment show signs of cognitive impairment. But it’s worrisome that the opportunity to pick up possible problems is being ignored- though in some places that may soon change. Massachusetts, for example, has just passed legislation requiring every physician, nurse and PA to get training in Alzheimer’s, a program that could lead to earlier evaluations and interventions for patients and families.

In the meantime, there are other prospects on the horizon for picking up the presence of Alzheimer’s well in advance of serious and irreversible brain damage. For example, researchers at Duke think they have discovered a way to examine blood vessels in the retina to discern the presence of Alzheimer’s in its earliest stages. So look this way and check out the new research here. And scientists at IBM are using machine learning and artificial intelligence to develop a blood test to detect the presence of proteins in the blood tied to amyloid-beta in spinal fluid. This would allow for the detection of Alzheimer’s without an invasive procedure and could potentially identify patients with enough accuracy to enroll them early in clinical trials for Alzheimer’s. So, the hunt for new diagnostic tools for Alzheimer’s is ongoing, as it’s clear the need for effective treatments continues to grow.