Reverse and Return: Why Older Workers Should Be In Demand 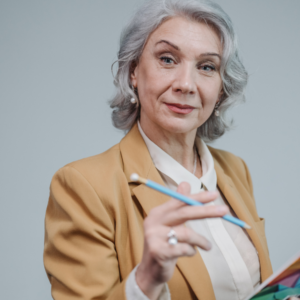 Reverse and Return: Why Older Workers Should Be In Demand

The demographics don’t lie. Across the country and across industries, there is a labor shortage. Recently Fast Company suggested that Baby Boomers are the cause of this shortage. According to the Pew Research Center, as of the end of 2021, over 50% of all US adults aged 55 and older said they were retired from the workforce. That’s a staggering number of adults no longer employed and potentially reliant on their savings and investments to see them through what may be longer-than-planned lives. And of most importance to the US economy, that has left a large gap in the number of available employees to fill both skilled and unskilled jobs. While our country’s immigration policies have also left our workforce in short supply, along with a dwindling younger population, something seems amiss when so many older adults are out of the workforce and so many jobs are left unfulfilled.

The Washington Post recently published a fascinating article on the whole American idea of “retirement” and the forces that drove American employers, the medical establishment, and policymakers, in the early 20th century, to create a system that forces older workers to leave their jobs, sometimes before they are ready to leave. Based on unsubstantiated claims that older workers are less productive and less efficient, and creating a social security system that essentially forces workers to totally exit from the workforce, in many ways we set ourselves up for the current worker shortage crisis. Moreover, the “all or nothing” concept of retirement that took hold did not account for workers who might want to keep a hand in their places of work while gradually cutting back their hours or responsibilities.

So we are now in a situation where valuable, productive workers may need to sue to stay on the job (note the number of age discrimination cases currently being litigated among major corporations) and employers may be caught in a demographic shift so that “age will be to the 21st century what gender was to the 20th century- a key global talent and market shift.” There is an argument to be made that employers who force out older workers are failing to take advantage of the skill and wisdom that older workers bring to a multigenerational workforce. And as to the suggestion that older workers slow down productivity or cannot be trained to keep up, new research from the University of Bonn demonstrates that older workers who are given the time and investment of training to acquire new skills or improve their efficiency or functioning can improve their productivity and develop more confidence in the workplace. To find out more, grab your briefcase and look here.

Savvy employers and strategic older employees may realize that if they meet in the middle it’s a win-win for both. According to Joseph Coughlin, Director of the MIT AgeLab, for many older adults, “retirement” means working- but on newer, self-determining terms. Beyond being “unretired,” Coughlin considers this new breed of older working adults as “pioneers” who are inventing “a new life stage altogether that sees the retirement age of today as a mile marker, not an exit.” Rather than “quietly quitting,” many of today’s older workers are “quietly returning” to work, not only due to financial concerns but basically because they are looking for something useful and interesting to do. According to Joblist.com, a significant portion of these “returnees” (52%) stated they are happy to be back at work, though an even larger proportion (79%) were looking for a flexible arrangement or a part-time position during their “retirement.” As Coughlin said, “Retirees are an overlooked talent pool that companies can and should engage in order to combat labor shortages.” Rather than pushing them out, companies can, should, and will (if they have any business sense) do all they can to keep and lure older workers into their employee arena. And older workers, able to refresh old skills, learn new skills, and impart acquired wisdom, will be able to make substantial contributions to their companies, their younger colleagues, and their own quality of life. That’s a win-win for individuals, companies, and society at large.