Reboo(s)t: Are You Ready For A COVID Booster Shot? - agebuzz

Reboo(s)t: Are You Ready For A COVID Booster Shot? 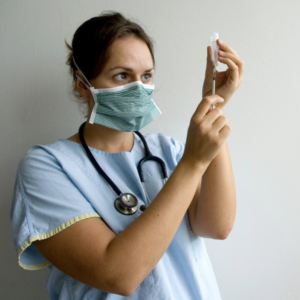 Reboo(s)t: Are You Ready For A COVID Booster Shot?

As we suggested in a recent post on COVID, the new Delta variant is upending much of what we thought was settled regarding the coronavirus pandemic. While the data continue to show that all available vaccines remain effective in preventing serious disease and death from COVID, the new Delta variant is much more transmissible than previous strains of the virus, and apparently, transmissions can still occur, and infections can be detected, even if you have been fully vaccinated. In fact, many experts continue to recommend precautions (such as masks and good hand hygiene), especially for older adults, even if fully vaccinated. The FDA has now taken the important step of giving full approval for the Pfizer vaccine so that those who have been hesitant to take the vaccine because of its emergency status can now rest assured that all proper analysis has been done to confirm both the safety and efficacy of the vaccine. In fact, with its formal approval, Pfizer has revealed the new name of this vaccine: Comirnaty!

Concern about susceptibility to the Delta variant continues to haunt both scientists and policymakers. For one, a surprising number of older adults in the United States have not yet been vaccinated, despite the vulnerability of this demographic. Thus, no matter the images of large numbers of younger patients being infected and ultimately succumbing to the virus- older adults continue to account for the most COVID deaths. Data from Israel, which has led the world in vaccination rates (mostly with the Pfizer vaccine), now suggests a growing percentage of those infected are fully vaccinated. As a result, Israel has now started to provide a 3rd dose of the vaccine for people 50 and over. However, many in the scientific community want to know more about the Israeli data before signing on to the controversial decision to provide a booster shot to the fully vaccinated in the United States.

Nonetheless, the Biden administration has determined to go ahead, pending FDA and CDC Advisory Panel approval, and provide a booster shot to all fully vaccinated Americans, once they have reached 6 months (originally 8 months) past their last dose. This is scheduled to begin on Sept 20th. Among those who will be first in line for the booster will be those who were first in line for the initial vaccination: health care workers and nursing home residents. While appealing for policy reasons and out of concern that we need to stay ahead of the Delta variant, this move is not without controversy.  First, while some data shows the waning effectiveness of the vaccine against infection, the data does not show waning effectiveness against serious disease and death. Second, many argue that this decision really misses the mark: that to quash the Delta variant we need to get more of the unvaccinated vaccinated, rather than give a booster shot to those already vaccinated. There is also concern that the government is now confusing people about the effectiveness of the current vaccines and may be undermining faith in those vaccines without data about the value of a booster or potential side effects. Moreover, there is concern that with so much of the rest of the world unvaccinated, it makes more sense from a scientific (not to mention moral) perspective to focus efforts on those outside of the US who are unvaccinated (as well as the unvaccinated within the US). After all, if the virus remains rampant in other parts of the world, we all continue to be at risk. And, it is also possible that in those other parts of the world, new variants will arise that may ultimately be resistant to the vaccine.

For many reasons, then, you may be debating whether you want or need a booster. There are estimated to be over a million people who have already gone out and received a booster in the US, even without formal approval or mechanisms to do so. How is that to be judged? While experts suggest that jumping the gun to get your booster probably won’t harm you medically, it’s not clear it’s necessary either. While some data does show that antibodies wane after a period of time, other data suggest that the cellular immune response in the body actually continues to protect you even if antibodies wane. The vaccines were never intended or tested to completely shield you from the virus- they were intended to prevent serious illness as a result of infection and protect you against death- and for that, by and large, the data continue to support their efficacy. But like much about COVID, the future is murky, with twists and turns and surprises likely still awaiting us. As they say, stay tuned.