On The Brain: Researchers Strategize About Next Steps For Alzheimer’s - agebuzz

On The Brain: Researchers Strategize About Next Steps For Alzheimer’s 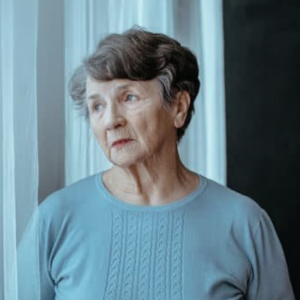 On The Brain: Researchers Strategize About Next Steps For Alzheimer’s

Generally speaking, the news about Alzheimer’s continues to be sobering. Right now, close to 6 million people have Alzheimer’s in the US, and up to 47 million people worldwide, with expectations that those numbers could skyrocket in the decades to come. As populations age (and the risk of Alzheimer’s increases with age, especially in those over 85), the irony is that our advances in longevity may lead to larger numbers of Alzheimer’s patients.

Scientists are trying to grapple with how to approach what’s been called this “unstoppable Alzheimer’s tsunami”, both in terms of research directions, funding allocations, and clinical strategies. Over at Stat + (paywall), a recent special report tried to scope out the numbers with various mathematical models, depending on the benefits of early prevention strategies, drug development and advances improving such other diseases as diabetes. While we may be able to improve the predictions, the realities are still grim given our burgeoning senior population.

We also know that as of now, the best prevention strategies (including mind and body exercises and non-smoking) need to be started as early in life as possible, and will only yield tangible benefits decades later. In fact, Dr. Eric McDade, an Alzheimer’s researcher from The Washington University School of Medicine in St. Louis, states that “We now think the disease develops over 25 years or so” which further exacerbates the quandary of how to detect symptoms early enough to have meaningful intervention. As described in a recent article in Science, researchers around the world are focused on an array of strategies (ranging from earlier interventions to large, big data interdisciplinary collaborations) to try to get ahead of the coming explosion of cases.

For now, the best bet is to try to recognize Alzheimer’s symptoms as early as possible before brain devastation takes hold. Easier said than done, however. For example, just this month it was reported that clinicians may need to develop sex-specific criteria for early detection given that Alzheimer’s may be harder to detect in women because of their verbal memory advantages. But one piece of good news to report: an Alzheimer’s drug developed by Biogen, which was previously declared a failure, has now been resurrected as a possible early Alzheimer’s intervention after a new analysis of the data from the clinical trials showed promising results.