Not The Same Old Story: Pushing Past The Limits Of The Human Life Span 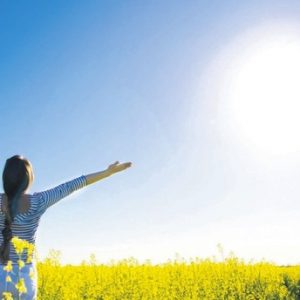 Not The Same Old Story: Pushing Past The Limits Of The Human Life Span

What are the limits of the natural human life span? No one knows for sure, but the oldest person on record died when she was 122. And now, researchers in Israel think we have the science available to push past that number. Publishing their findings in The Journals of Gerontology, scientists at Bar Ilan University believe that the current accepted limit of approximately age 115 could be increased by as much as 30% if research efforts now targeted at worms, flies or rodents were translated into effective treatments for humans. The goal would of course be to extend years of health rather than just chronological years. Read more about this research Here. And if that life span seems shocking to you, take a look at the predictions of Aubrey de Grey, a noted anti-aging researcher who founded the Sens Research Foundation. According to de Grey, the first person who will live to 1000 has already been born, and he predicts that the “problem” of aging will be “solved,” and that in the future, people will seek out “rejuvenation ” clinics to keep their lives rolling along. In fact, he believes the solution to aging is within our grasp in the next 20 years. Read more about this fantastical forecast of Aubrey de Grey Here.