My Fair Lady: The Remarkable Career Of Dame Julie Andrews 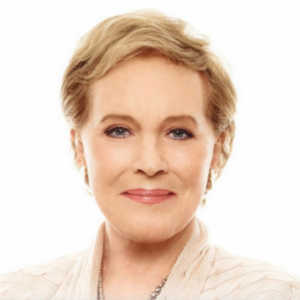 My Fair Lady: The Remarkable Career Of Dame Julie Andrews

You may know her as Mary, Maria or Eliza. In fact, during her remarkable career, 83-year-old Dame Julie Andrews has portrayed a number of the most beloved and iconic female characters on stage and screen. Whether portraying Eliza Doolittle during the stage premiere of My Fair Lady in 1956, Mary Poppins in the original version of the film from 1964, or Maria from The Sound of Music film of 1965, Julie Andrews has had a dazzling stage and screen career, and to this day is considered the most bankable British actor alive, whether man or woman.

She’ll be returning to the small screen via Netflix during 2020 in a Shonda Rhimes production of English romance set during the early 1800s (though Dame Andrews will only appear through her voice). But for those of you who were fans of her first memoir, Home, detailing the early years of her life and career, the real excitement comes from her new book, Home Work, a memoir of her Hollywood years, due out in October. For more about her life and her golden career (and her amazing four-octave voice), check out her history-making path here. And for a special treat, watch this charming interview of Dame Andrews from a 2017 episode of the Late Show with Stephen Colbert.