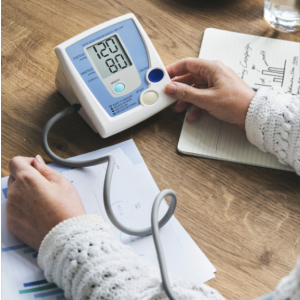 By now you probably know the dangers: High blood pressure (also known as hypertension) puts you at significant risk for heart attacks and strokes and is tied to increased risk for cognitive impairment and dementia, not to mention increased severity of symptoms from coronavirus infection. Given these risks, you would hope that everyone would be vigilant in keeping down their blood pressure numbers. However, new research just published in JAMA tells a different story. According to the research findings, trends in blood pressure control among US adults with hypertension are going in the wrong direction. Instead of controlling this menace, it seems that among some populations (including 40-59-year-olds as well as those over 60), the percentage of individuals with their high blood pressure under control dropped from 2009-2018: that is, fewer of us are controlling our hypertension. There are multiple reasons this may be occurring, including less effective use of medications and less insurance coverage among those with hypertension to help pay for blood pressure medications. And NBC reports that just 19% of Americans with high blood pressure now have it under control, which means millions are at risk for a serious cardiac event or are more likely to be hospitalized. This is grim news, reversing the previous progress that had been made.

Given these alarming trends, it’s more important than ever that those with high blood pressure (or even those who are “healthy” but concerned their blood pressure may be rising) do everything possible to monitor blood pressure, take prescribed medications, and regularly check in with your physician, along with following a healthy lifestyle. A new collaboration between the American Heart Association and The American Medical Association called Target: BP has been developed to promote better evidence-based management of high blood pressure as well as to make available resources for clinicians and patients to more actively monitor this condition. When it comes to home-monitoring (a valuable effort for those at risk who need to regularly track their numbers), Consumer Reports just published a list of the best blood pressure monitors available for consumers at budget prices (under $50) and available from such stores as Amazon, Walmart, and Walgreens. If you’re wondering about when is the best time of day to put on the monitor and check your numbers, then take out your cuff and click here to read the advice from ZME Science. And finally, if you’re worried that maybe you’re taking too many medications and want to cut back on your blood pressure meds, before you reduce your quantities, consult your physician to determine whether your numbers suggest this is a safe course, or whether other recommendations may be better for your health.