Hot Air: Extreme Heat Waves Are A Threat To Health And Well-Being 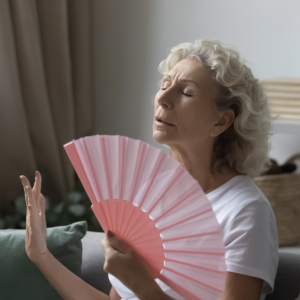 Hot Air: Extreme Heat Waves Are A Threat To Health And Well-Being

It’s not a heat-induced mirage: Temperatures are rising everywhere as records are being broken for day and night time highs across the country. Five of the hottest years ever recorded globally have been since 2015 and last year was the hottest year ever recorded for the northern hemisphere. Specifically in the United States and Canada, heat domes have blanketed regions previously unfamiliar with very high temperatures (like the Pacific Northwest), and there has been a surge of heat-related deaths in recent weeks. And while we’ve previously warned our readers about the threat posed to older adults from becoming overheated, as well as the signs and symptoms of heatstroke, this summer seems to be taking it to a whole other level.

First, a few basics: The effects of high heat are often not as easy to see coming as they are for other climate dangers, such as intense storms or rising water levels. A heatwave is considered 6 days of extremely high temperatures and there are different levels of concern depending upon whether the National Weather Service issues a heat advisory or excessive heat warning (check their website here). The heat index is a measure of the outside temperature factoring in both heat and humidity. It’s important to factor in humidity because when the air is humid, your body’s sweat doesn’t evaporate as easily, and sweating is your body’s attempt to cool you off. A healthy person can gradually acclimatize to living in hotter weather, but that takes many weeks, so a sudden heatwave (especially in areas unaccustomed to high temperatures or without air conditioning) can quickly cause damage to the body. And for older people, that acclimatization is harder. As one expert has made clear, “As people age, their cardiovascular systems change, in ways that cause them to pump blood less efficiently. This reduces the body’s ability to move heat to the skin to be transferred to the environment.” In other words, as we get older, it’s easier to get overheated and in trouble.

So how to respond and adapt as the temperatures rise? Preventive measures beyond air conditioning (which not everyone has, can afford, or can seek out by heading to cooling centers) include staying indoors during the hottest times of the day, making sure windows are shaded during sunny hours, drinking a significant amount of water (but avoid sugary drinks and alcohol)- and not waiting until you feel thirsty. Once you begin to feel the heat, practical recommendations such as spraying yourself with cool water, using cool cloths on your head or neck or even cold baths or showers can help.  You may also want to check out a new list of inexpensive “cooling products” recommended by Daily Caring, including cooling towels, neck wraps, pillows, and wearable fans.

But lest you think this is just a blip in our weather conditions, think again. It appears prolonged stretches of heat are likely here to stay. One worrisome sign is that temperatures do not appear to be sufficiently cooling in the evenings so that people are less able to cool off and we’re likely to see a greater number of heat-related deaths as a result. And as climate change continues to make extreme heat conditions more common and severe, we’re going to be less able to acclimatize to these altering conditions. As Australian climate expert Liz Hannah recently warned, “The world is warming and it’s going to go beyond what normal physiology can cope with.” With older adults at special risk from heat-related damage to both our bodies and our brains (beyond heat stroke, there is evidence that heat can exacerbate kidney and skin problems, as well as such mental health concerns as dementia and anxiety disorders), this needs to be on your radar as a regular and ongoing concern for yourself and the older adults for whom you care.