Gender Gap: Differences Between The Sexes As We Get Older 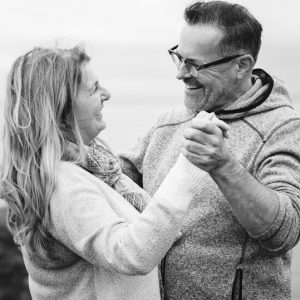 Gender Gap: Differences Between The Sexes As We Get Older

The biologic differences between men and women are probably obvious to you, but what’s also becoming clear is that men and women age differently. There are disparities in life span, diseases which afflict them, how they respond to different treatments, and even how they gain weight and store fat. There’s now even a new field of medicine- gender-specific medicine– that studies how biologic sex and gender affect disease manifestation and human functioning.

While many of these differences are not easily explained, the contrast between men and women as they age can be significant. For example, men tend to pile on the weight in their mid-section while for women it’s more likely to be in their legs or at their waists. These difference are then associated with cardiovascular disease or insulin resistance. Women also seem to need less physical activity to achieve a longer life span than men.

When we specifically focus on life expectancy, the reality is that women tend to live longer than men and the ratio of men to women declines with advancing age. But what that also means is that the experience of getting older can be different for women than men. For example, more women than men develop Alzheimer’s and other dementias partly because these are diseases of advancing age. And women tend to live alone when they get older, and they experience more disability and thus rely more on paid caregivers than men. On the positive side, new research reveals that women tend to have “younger” brains than men as they age: that is, brain scans show that women’s brains remain more youthful at an age when men’s brains may be winding down. This may give women an edge in learning or engaging in creativity later in life than men. So, while we strive toward gender equality in all parts of society, we also need to understand that biological differences may require equally attentive but distinct responses as men and women grow older.