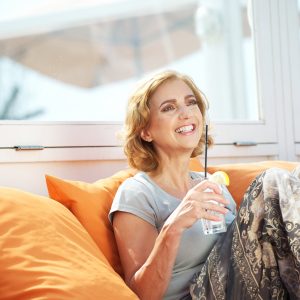 Who hasn’t stared into a mirror and wondered: what happened to the face of my younger days? Is there a way to stop or even turn back the clock? While you may recognize that you’ll never quite have your youthful face, is it too much to ask for a “better version” of your current self, without risking the stretched, distorted look that many celebrities of previous eras sported? In essence, are there alternatives to the old-fashioned facelift?

Today’s dermatologists and cosmetic surgeons emphatically say yes there are. There is now a procedure known as the “liquid facelift” which, in essence, involves the use of multiple dermal fillers, along with Botox, to relax and soften harsh lines that can appear as one ages, and that can restore fullness to the face, which is often the reason sags and wrinkles appear. The benefits over the old fashioned facelift? No surgery (and therefore no surgical risks) along with being less expensive and more natural-looking. That’s not to say there aren’t words of caution regarding who performs the procedure and what is being injected, but for many (both men and women) this is seen as a more preferable way to bring back more youthful features without going under the knife. For more info, come away from the mirror and click here.

And now there’s even scientific evidence backing up the claims of a more youthful appearance following the use of dermal fillers. In the February issue of Plastic and Reconstructive Surgery, researchers from the University of Pennsylvania report that the use of the dermal filler hyaluronic acid not only works to fill wrinkles but also creates more youthful patterns of facial expressions. In essence, those who received this filler had facial movements more like those of younger adults. Given that nearly 2.7 million dermal filler injections were performed in the US in 2018, there are likely a lot of smiling faces that would concur with this research.

Still, there are many of us who have come to the conclusion that what we see in the mirror is who we are, and there’s no reason to change that- and maybe even reason to rejoice in that. Or, as writer Amber Fraley states when talking about her “turkey neck”: “When I was in my thirties I was sure I’d simply pay for surgery to get my neck skin pulled taught…Now, (instead) I’ll save that money and take a trip to Colorado with my family,” As the saying goes, to each his own.