Falling Down: Fall Injuries And Learning To Fall “Safely” 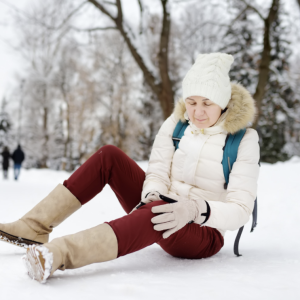 Falling Down: Fall Injuries And Learning To Fall “Safely”

By now you’ve likely heard the recent news about the tragic passing of comedian Bob Saget. A seemingly healthy 65-year-old, his death followed what investigators believe was an unwitnessed fall, causing trauma to the back of his head. Authorities do not suspect foul play and believe he likely decided to go to sleep following the fall, only to never wake up again. Life-threatening head and brain injuries cause millions of emergency room visits a year, and over 150 people die every day due to such injuries. Though most head injuries are mild, older adults are definitely at more risk, with those over 75 having the highest rates of hospitalizations and deaths due to these traumatic brain injuries (TBI).

As you know, older adults are most at risk of falling generally and as a result, are at risk of hip fracture, head injury, or other serious problems. Adults over 65 have a 27% chance of falling in any given year, and every year over 300,000 people in the United States fracture their hip, most commonly people over age 65 who fell. In fact, in a recent study published in JAMA Open Network, researchers documented that falls among US residents 65+ cause widespread disability, death, and significant health care spending each year and that the incidence of falls is rising every year. Yearly hip fractures and other serious fall injuries are thought to affect 4.5 million older US adults.

With regard to the sort of traumatic brain injury suffered by Bob Saget, older adults are at special risk. In fact, experts warn that if you’re above age 60, you don’t need significant trauma to develop a brain bleed that could become life-threatening, even if your initial symptoms appear mild. If a fall causes a brain bleed, the skull cannot expand, so pressure from the blood could push and compress the brain to the point where basic functions such as your heart beating or your lungs breathing could be at risk. If, as an older person, you add blood thinners into the mix (including regular use of aspirin), that could spell serious trouble. Trauma at the back of the head, as experienced by Bob Saget, may be of particular concern. Symptoms that should prompt a 911 call include severe headache, loss of consciousness, repeated vomiting, confusion, and slurred speech, though again, some of these symptoms may not be immediate. For more on what to look out for when a senior smacks her head, pull out the ice pack and read here. And if the injured party just wants to go to sleep? That’s of concern, especially if it’s a time of day when sleep would not normally occur. The problem with going to sleep is that it’s then difficult to discern if symptoms are getting worse. At a minimum, someone should be regularly checking on the injured party during the night. For more on sleep and serious head trauma, click here.

So, given that almost any of us could be at risk for a fall with potentially serious consequences, what can we do to “fall safely?” There are steps to take pro-actively and preventively to avoid falling in the first place or to lessen the likelihood that a trip on a rug or a tumble over a carpet will land you on the ground. Those efforts include keeping yourself strong and in good physical shape, minimizing “trip” hazards in your home, and checking medications to limit those that might make you dizzy or unstable. But if you do find yourself falling? Experts suggest you try to control the fall and the direction of the fall as best as you can. For example, it’s recommended that you try to stay bent rather than rigidly fall flat. To protect your head, turn your face to the side and tuck your chin, with the goal of limiting the risk that your head will smack down. It’s also suggested that you try to aim for an open area, so as to minimize contact with sharp objects that can cause fractures or punctures, and that swinging your arms as you fall will help you gain control. While it may sound strange to try to assert control over an unanticipated and “out-of-control” situation, the reality is that as an older adult, you are at higher risk of serious injury should you find yourself falling. So whatever you can do to minimize the consequences is valuable and potentially life-saving.