Early On: How Can We Diagnose Alzheimer’s Before It’s Too Late 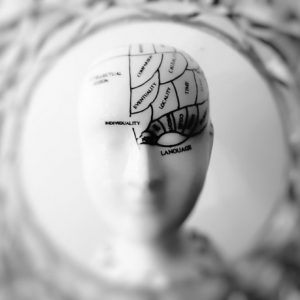 Early On: How Can We Diagnose Alzheimer’s Before It’s Too Late

When Bill Gates speaks, people tend to listen. And recently, he’s addressed an issue that’s on the minds of many: How can we find better ways to diagnose Alzheimer’s before it takes its toll and becomes untreatable? Even though researchers suspect that Alzheimer’s begins much earlier than when the first symptoms appear, we really don’t have a way to diagnose it until the brain is already on an inexorable path to decline. Gates believes this diagnostic challenge is essential to solving in order to develop effective Alzheimer’s treatments. He’s even investing millions of dollars of his own money into a new Diagnostic Accelerator to fast-track research into finding diagnostic Alzheimer’s tests. To read more about his ideas, click Here.

At the same time, other suggestions are out there to try to solve the challenge of an early Alzheimer’s diagnosis. In a recent opinion piece in STAT, several researchers suggest that we take advantage of the Medicare Annual Wellness Visit as a way to evaluate cognitive decline in patients who otherwise seem well. The challenge is that physicians have not always known how to measure cognitive impairment in outpatient settings (and too few patients take advantage of these annual wellness checkups). But this may change as the Alzheimer’s Association has just released its first Clinical Practice Guidelines that should help physicians to evaluate patients for pre-Alzheimer’s cognitive problems. For patients who feel they’re having memory or cognition problems, or for a family member who believes this might be the case for a loved-one, physicians will now have better guidance to begin an evaluative process. This is one new step in the continuing long journey to tackle Alzheimer’s.