Do You Recall? Mild Cognitive Impairment And Other Memory Concerns 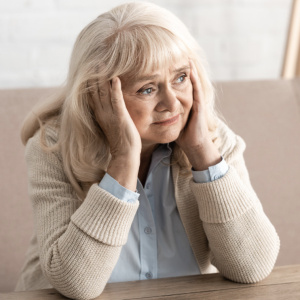 Do You Recall? Mild Cognitive Impairment And Other Memory Concerns

As you may recall (or perhaps you don’t!) about a year ago we published a post on memory loss, addressing the condition known as Mild Cognitive Impairment (MCI), which can cause memory lapses that constitute more than what you should expect from “normal aging” but less than the impairment that comes from an Alzheimer’s diagnosis. Usually, MCI, which can be (but isn’t always) a precursor to a more extensive Alzheimer’s diagnosis, does not get in the way of carrying on your everyday life. But it’s more than the occasional misplacement of keys or forgetting of a name- and it can be caused by many factors, some of which can be addressed and resolved. So it’s important to be aware of when you might want to investigate whether you or a loved one has MCI.

The problem is, according to a new special report from The Alzheimer’s Association, few people are aware of the condition and may fail to address it accordingly. According to this new survey, more than 80% of Americans know very little if anything about MCI. In fact, when described, over 50% of respondents said that MCI just sounds like “normal aging.” When asked as to whether they would seek out medical care to investigate, 40% said they would if they were experiencing symptoms of MCI but 60% said they would wait to see if the symptoms subside or not seek out a doctor at all. In fact, while some who have MCI (which is estimated to afflict 12-18% of those over age 60) remain stable or even have their symptoms disappear, about 10-15% go on to develop Alzheimer’s, and about ⅓ of those with MCI develop Alzheimer’s within 5 years of the onset of MCI. So it is something to take seriously- and there are possible ways to address it rather than just resign yourself to memory loss as a normal part of aging (in fact, the newly approved and controversial Alzheimer’s drug Aduhelm may be useful in addressing early symptoms present during MCI).

Given that MCI affects about 10 million people a year, it’s nothing to take lightly. And it’s also not something that you may notice yourself, though others around you may pick up on new memory problems. To diagnose MCI, you will need a physician visit, though in the survey many expressed unwillingness to go to a physician due to fears of an incorrect diagnosis, unnecessary treatment, or unwillingness to hear about a serious problem. As for knowing whether you even have memory problems that could be concerning, experts suggest you ask an involved family member or friend who may be picking up signs. You should not worry if your memory has declined a bit (which may be normal)- the question is whether it’s declined a lot, which is not normal.  As one expert makes clear, “If everything seems normal for your age group, put your unease aside and ask again in 6 months; statistically speaking, rest assured that your family and friends probably know a lot better than you do.”

And remember: there are factors that can contribute to memory loss (depression, thyroid disease, Lyme, or medications you take, to name a few), many of which can be addressed leading to improvement in your memory (we even have new research demonstrating the value of aerobic exercise in improving episodic memory loss). What’s not helpful, however, and not effective, is choosing to ignore signs that there may be a problem or assuming that aging inevitably leads to decline and memory loss (such negative thinking could itself become a self-fulfilling prophecy). The bottom line? While the occasional memory glitch is likely normal as you age, the more you forget, the more an evaluation and intervention may be warranted- before the problem becomes serious and possibly irreversible.