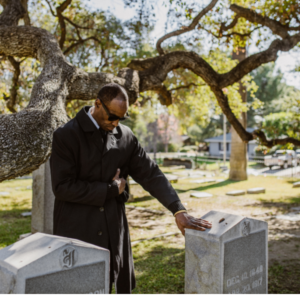 While few of us likely look forward to funerals, no one escapes the eventuality of confronting death, either of a loved one or oneself. And death is a big business in the United States. With a market size of $18 billion annually, there’s a lot of money to be spent by families and made by the funeral industry as people reach the end of their lives. In fact, while costs vary around the country (and depend upon how fancy a funeral you plan), a funeral and traditional burial can easily run you upwards of $15,000 and a simple cremation will still cost over $2,000.  In fact, with inflation bumping up costs, the average cost to die in the United States was estimated to be just under $20,000 in 2021. To further breakdown costs, Savvy Senior columnist Jim Miller reports that funeral fees, including caskets (did you know that funeral homes mark up the prices of caskets enormously?), embalming, transportation costs, clergy fees, and funeral ceremonies can easily run you many thousands of dollars. To find out more, pull out your black suit and click here.

So how can anyone afford to die? A recent article in The Washington Post has some practical suggestions to help you keep prices in check. Among their recommendations? Never go alone to a funeral home: bring a more dispassionate companion to help you objectively think things through. Also, request a written, detailed, and itemized quote for what you’re considering, so there’s no discrepancy between your expectations and the reality of pricing. As we previously said, casket prices are one area where markups by the funeral home can be enormous (and caskets are often the most expensive part of a funeral). Do yourself a favor and consider ordering a casket for a much more reasonable price online- it can be overnighted to the funeral home (and by law, they are required to accept it for use). For example, did you know that Costco sells caskets? And in a reflection of current times, some people have resorted to crowd-funding through such sites as Go Fund Me to help defray the costs of funerals. There are also state agencies that can potentially help you afford at least certain funeral costs if you meet income requirements and several websites that can help you compare and contrast funeral costs in your area, including Funeralocity and Parting.com.

And while traditional funerals are the most costly, and cremations the most popular, there continues to be the increasing popularity of environmentally sensitive funerals, often in the form of “human composting.” In a 2019 post in agebuzz, we touched on this topic, when the State of Washington was the first state to accept human composting for body disposition after death. Now, five states have accepted this (with New York likely to be the next state to do so). “Human composting” involves allowing the body to deteriorate and disintegrate out in nature, using a vessel and materials that eventually lead to the creation of soil out of the deceased body. The process takes a few months, and the result is that loved ones are left with about a cubic yard of soil which they are usually free to use however they wish. For a detailed explanation of what’s involved, read here or listen here. While the process is more expensive than cremation (human composting tends to run about $7,000) it’s clearly more environmentally sensitive and forward-thinking, especially as the cremation process uses a lot of fossil fuels and creates pollution. With the growing number of states embracing this trend, “human composting” has been called “a hot, new burial alternative.” The Seattle-based company Recompose is the leading proponent of this trend, but other companies include The Natural Funeral and Earth Funeral.

Finally, if you’re thinking less about costs and caskets and more about a meaningful and personalized ceremony for your loved one or yourself, you may find new ideas from the website The Inspired Funeral, which has recommendations for readings, ceremonies, and memorials.