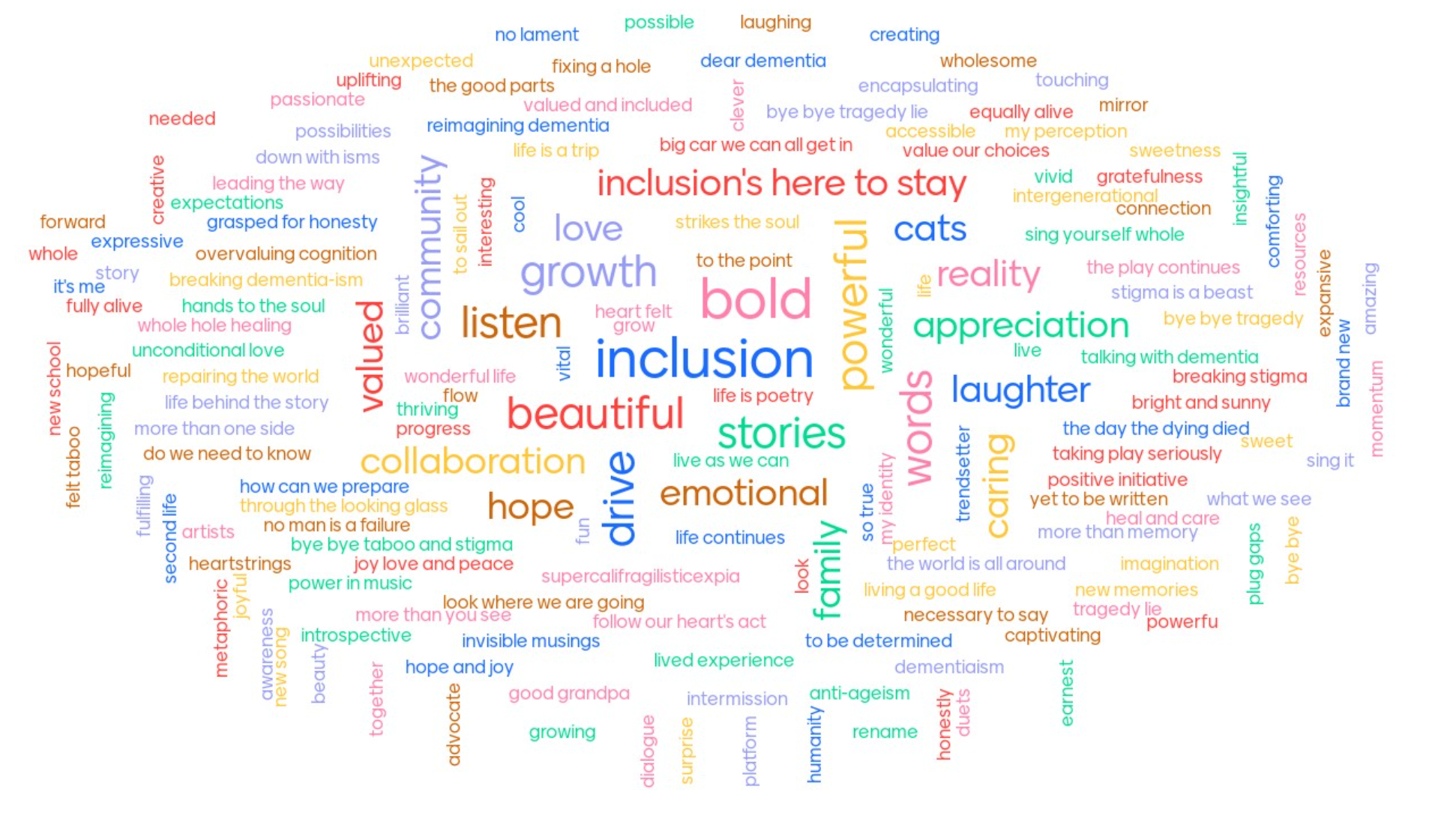 agebuzz Guest Blogger Mary Fridley is excited to announce a new campaign for the Reimagining Dementia Coalition! As a reminder of Mary’s work with this important Coalition, click here.

Recognizing the power of the arts for social change, Reimagining Dementia: A Creative Coalition for Justice has teamed with two-time Grammy Award-winning musician Simon Law to create an original song, “Let’s Reimagine” as part of a global campaign that launched January 25, 2022. The song features people living with dementia as soloists, chorus members and through spoken word.

The “Let’s Reimagine” song and video are available here.

The campaign invites people the world over to join together in fighting for a radical change in policies and practices that have marginalized people living with dementia and their families and care partners and have caused unnecessary harm and suffering. As Coalition member/activist Mike Belleville, a member/activist who is living with dementia, explains, “Some people who I thought were my friends kind of disappeared. I think it was out of fear, because of what they thought the disease was.”

As Reimagining Dementia coordinator Mary Fridley notes, “ ‘Let’s Reimagine’ is not the first time a song has been used to promote social change. “Just as 1985’s “We Are The World” campaign united people the world over in support of famine relief in Africa, this campaign calls on people across the globe to come together to help shift the conversation about dementia from stigma and fear to joy, dignity, possibility, and growth. As the 2021 Radio City concert with Tony Bennett and Lady Gaga also joyfully showed, people can live fully, purposely, and joyfully with dementia.”

More information about the Reimagining Dementia Coalition, which has over 625 members from around the world, is available here.