An Act Of Liberation: Women Rejoice Over No Longer Coloring Their Hair 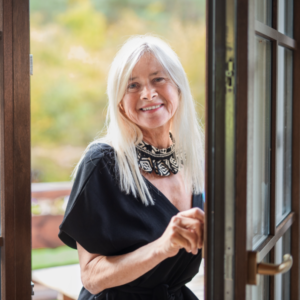 An Act Of Liberation: Women Rejoice Over No Longer Coloring Their Hair

In the early days of the pandemic, when salons were closing and we were all staying home, the dilemma of how to upkeep your (dyed) hair color became a conundrum for many and the butt of jokes for some (remember the phrase “We’re exactly 3 weeks away from knowing everyone’s true hair color?”) As time went on, the trend seemed to be that many women reluctantly but practically embraced their natural hair color, even if having some misgivings. But now, the rallying cry among women who have ditched the dye seems to be downright exuberant. Realizing the freedom obtained and the money saved from no longer needing regular, expensive hair dye appointments, women in all walks of life have declared their liberation and exalted in their newfound authenticity.

Among celebrities, actresses ranging from Andie McDowell to Cynthia Nixon have begun to show the public their natural silver/gray color, either in sleek bobs or natural curls. Remarking that she likes to compare herself to George Clooney, McDowell admits, “It’s time because in 2 years I’m going to be 65. If I don’t do it now (let her hair be naturally gray), I won’t have the chance to be salt and pepper. I always wanted to be salt and pepper.” Moreover, reveling in the authenticity she now feels, McDowell went on to say, “ I don’t want people to have the expectation that I need to look younger to have value or to be beautiful or desirable.” It seems women all over the country have taken those same sentiments to heart as they have stuck with the gray that began during the pandemic.

In fact, according to a recent article in The Telegraph, 47% of women with naturally gray hair have embraced this decision, and 1 in 3 states they have let their hair go to its natural gray as a way to “age fearlessly.” This concept of courage and fearlessness rings true among many, as they exclaim, “with gray, I actually feel more powerful.” In the #MeToo era, it’s become a source of pride and joy to embrace your authentic self and accept that your self-worth and value as a person does not derive from your looks as a woman. As one newly gray devotee exclaimed, “Going gray has been so darn liberating.”

In fact, going gray has now become a source of glamour and envy. Beautiful women with gorgeous gray hair are now put on a pedestal as examples of “empowerment” and some of the more popular influencers on Instagram include women who have gone gray and show their fearless and fun lifestyles with such hashtags as #silverhair, #grayhair, and #feelyounglookyoung. Click here to see some of the most followed influencers. But the bottom line is more about self-acceptance as an aging woman than glamour. As one wise woman put it, “It feels very freeing to accept the natural process of aging and to work with it, not against it.”