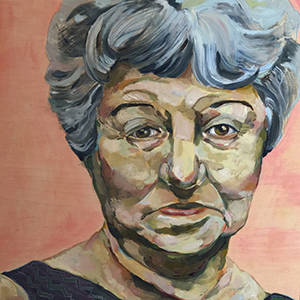 With the arrival of March, we also have the start of Women’s History Month. And to start you off, there’s a new art exhibit that displays fascinating portraits of some amazingly creative women from the Modernist period of 20th century art: some famous, including Gertrude Stein and Peggy Guggenheim and some less well known, such as Lotte Jacobi and Claude Cahun. Perhaps most remarkable, the paintings portray these women well into their later years, when traditionally such women have been shunned or ignored but in fact have often flourished and continued their creative careers. Artist Kim Rae Taylor has put together an amazing exhibit of some of the greats- as the mature women they became late in their lives. Find our more about the exhibit Here and see the fascinating figures Here.