To The Movies: New Films Available In Theaters And Streaming 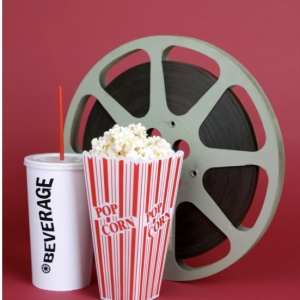 To The Movies: New Films Available In Theaters And Streaming

Now that the nice weather is upon us and you’re likely heading outdoors, you may not be inclined to think about more movie streaming or watching. But do yourself a favor and check out some brand new (and under-the-radar) films that are becoming available soon. First, the mainstream offering: Here Today, co-written and directed by (and starring) comedian Billy Crystal and also starring comedian Tiffany Hadish, who fall into a funny and close intergenerational friendship, which gets more complicated as the older Crystal’s medical condition becomes clear. The movie will be opening only in actual theaters (!), tomorrow, May 7th, so consult your local showtimes and check it out! To watch the trailer, and find out more about the real-life friendship between these 2 comedians, click here.

For another humorous film that explores the relationship between aging adults and their younger sources of support, consider the new documentary It’s Not A Burden, which will begin streaming on iTunes and other video platforms starting June 1st. The film follows the true stories of several sets of aging parents and the adult children who support and care for them. Filmed over 4 years and described as both funny and touching, you can watch the trailer here and find out more about the film from its Facebook page here. Another documentary that explores an aging parent/adult child relationship, in the context of the parent’s job loss and economic struggles, is the new film Duty Free, which runs now through May 13th, at the IFC Center (which you can also stream at home). The film documents the challenges faced by an aging single parent who struggles to find new work, along with the adult child who brings her joy through bucket-list travel adventures. Watch the trailer here, and if you’re intrigued, you can participate in a Q & A with the stars of the film through a streamed event on Eventbrite on June 1st.

Finally, long-time agebuzz readers may remember that in 2018, we introduced you to the funny and imaginative comedian/philosopher/performer Emily Levine, who at the time presented a TED Talk about her end-of-life philosophy, given her terminal lung cancer diagnosis. Sadly, Emily passed away in 2019 but before her death, she began work on a filmed version of her live performance, Emily @ The Edge of Chaos. Now the film exists and is about to be available for streaming. Described as interweaving Emily’s performance, filmed live, with 2D animations, special effects, and pop-up appearances by distinguished scientists, the film takes us on a mind-bending, inspiring, and hilarious journey from the America we thought we were to the America we could be. With voice-overs from such noted celebrities as John Lithgow, Lily Tomlin, and Richard Lewis, you can watch the trailer for this entertaining and imaginative performance here. As an added bonus, agebuzz readers who enter the code EC2OFF on the checkout page will receive a $2.00 discount on the price of streaming. You can begin to stream the film starting tomorrow, May 7th. So grab your popcorn and click here to rent and start watching!