Stop Sign: The Best “Cure” For Alzheimer’s May Be To Never Let It Start 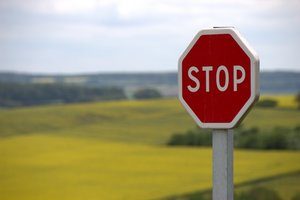 Stop Sign: The Best “Cure” For Alzheimer’s May Be To Never Let It Start

The headlines tell the story: There has been a continuous failure of research efforts to find treatments to effectively combat Alzheimer’s. Millions of dollars and untold hours of research have yet to yield any real treatments to genuinely combat Alzheimer’s once a patient is afflicted. But researchers are not without hope and not without options. Strong progress has been made over the last decade in discerning the brain changes that lead to Alzheimer’s, and many scientists have now shifted to the goal of preventing the buildup of amyloid plaques, considered responsible for the development of Alzheimer’s. In essence, the goal may now be to stop it before it even starts. Examination of lifestyle factors and possible new drugs is now underway to determine whether preventive efforts can really change the game when it comes to Alzheimer’s. Read more about this shift in research focus Here. And to read about the efforts of pharmaceutical giant Novartis to enroll people not yet afflicted in a new Alzheimer’s prevention trial, Click Here.